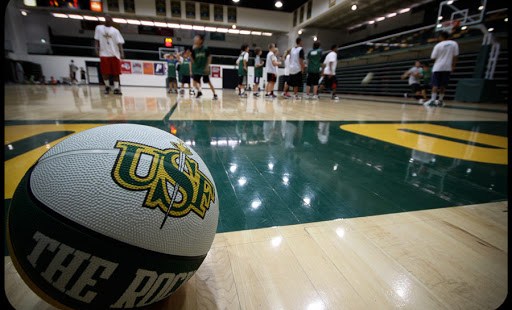 The announcer said the school’s LGBTQ club had roots in the Jesuit tradition and encouraged everyone to attend the local gay pride parade.

A basketball game at the Jesuit University of San Francisco that took place this past weekend was billed as an “LGBTQ Community Celebration,” complete with performances by the San Francisco Gay Men’s Chorus, discounted tickets for those who used the promo code “Equality,” and a loudspeaker urging attendees to march in the city’s Gay Pride parade, according to the blog A Shepherd’s Voice.

The blog wrote of the event:

"Memorial gym was at about 50% of capacity. According to the announcer, the Gay Men’s Chorus sang the National Anthem, but that must have happened well before tip-off. About 11 minutes into the game, during a time-out, the announcer asked for a round of applause for the two co-chairs of the Jesuit school’s “LGBTQ Caucus.” As the two went to center court, the announcer briefly described the mission of the LGBTQ Caucus, and said it had its roots in the Jesuit tradition. He went on to say that last year 75 members (students and faculty) of USF had marched in San Francisco’s “Gay Pride” parade. He then encouraged the crowd “to join the USF contingent in this year’s parade on June 29, 2014.”"

Here’s the poster for the event that was tweeted out by the University.

The Cardinal Newman Society reported earlier this year that several official departments at the Jesuit university not only encouraged students to take part in the city’s previous LGBT Pride Parade but also provided free t-shirts to students and their guests who signed up to march.

Courtesy of Catholic Education Daily of the Cardinal Newman Society.