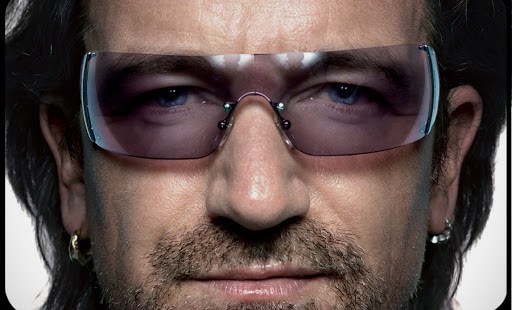 Here’s a look at some of the new music, movies, television, shows, and books to look forward to in the coming months.

As we journey forward into 2014, here’s a look at some of the new music, movies, television, shows, and books to look forward to in the coming months.

Be sure to check out CALL, Aleteia’s arts, entertainment, and culture page, for detailed reviews and analysis of many of these releases throughout the year.

– Johnny Cash – Out Among the Stars (March 25): This collection of unreleased sessions from the 1980s was locked away in a vault until 2012, when Cash’s son John Carter Cash dug them up. No alternate takes here – just 13 brand new songs from the Man in Black, including duets with June Carter Cash and Waylon Jennings.

– Matisyahu – Akeda (Spring): Jewish rapper and singer Matisyahu made headlines in 2011 when he posted a clean-shaven photo of himself on Twitter and declared: “no more Chassidic reggae superstar.” But beard or no beard, Matisyahu has continued to make compelling, genre-defying music about faith, hope, and love. His newest album, Akeda (“binding”), promises to be “more dark and gritty,” and takes as its central theme the story of Abraham and Isaac.

– U2’s New Album (TBD): A veil of mystery surrounds U2’s first album release in 5 years. However, Bono and the lads have been spotted heading into the studio with both Chris Martin and Danger Mouse, and an announcement about the album will reportedly be made during the Super Bowl in February.

– Noah (March 28): Darren Aronofsky’s Noah – just one of a whole host of Biblical epics being released the next few years – is already causing controversy during early screenings. Will the Black Swan director deliver a masterpiece, or will the project flop? One thing seems likely: come spring, this is the movie everyone will be talking about.

– Transcendence (April 18): This freaky flick stars Johnny Depp as a terminally ill scientist bent on merging his consciousness with computer technology. But is this mere science fiction? Ray Kurzweil, a self-styled prophet of “the singularity” who now works at Google, has been talking about human immortality and “transcendent man” for years. Whatever the case, this Faustian tale of knowledge and power is sure to raise all kinds of important moral and philosophical questions about the human person in the digital age.

– Knight of Cups (TBD): Terrence Malick, arguably one of the greatest living American filmmakers, is not exactly known for his prolificacy. He directed only five major films in 40 years, including his theological magnum opus The Tree of Life. But since 2012, Malick cranked out To the Wonder, produced The Better Angels (an Abraham Lincoln biopic), and has been busily working on a documentary and two new films. One of the two, Knight of Cups, will star Christian Bale, Natalie Portman, and Freida Pinto, and is slated for a late 2014 release.

– Downton Abbey, Season 4 (January 5 – February 23): Downton fans, rejoice! The Crawley family has finally made their way across the pond. Julian Fellowes’s story of an aristocratic family and their servants at the turn of the century has been a surprise hit with American audiences, making it the most-watched series in PBS’s history. Shirley MacLaine and Paul Giamatti will both guest star this season, with MacLaine playing Lady Grantham’s mother, and Giamatti her brother.

– True Detective (January 12): With an impressive marquee for television (Matthew McConaughey and Woody Harrelson co-star) and a literary academic fond of Faulkner at the helm, HBO’s new crime noir True Detective is shaping up to be one of the big hits of the year. Like other “arts of darkness,” its grim, gruesome pass through the shadowy depths of the human condition may point to a quest for redemption.

– Believe (February): This collaboration between J.J. Abrams (Lost) and Aflonso Cuarón (Gravity) revolves around a group of people – including a death-row inmate sprung from prison – trying to protect a young girl with supernatural abilities from evil forces. Believe is slated to premiere on NBC sometime after the Winter Olympics.

– Rocky (March 13): The beloved story about a small-time Philly boxer with big ambitions will be transformed into a Broadway musical this spring. Previews begin on February 11, but the show will officially open on March 13. (Worried about the butchering of a classic? Me too, but let’s give it a chance.)

– Les Misérables (March 23): Cameron Mackintosh’s critically acclaimed new production of Les Misérables is what inspired Tom Hooper to create his stunningly intimate 2012 film adaptation. (In my humble opinion, the film was better than Argo, and Hugh Jackman gave Daniel Day-Lewis a run for his money.) The show has had successful runs in the U.K., France, Spain, Japan, and Korea, but will finally be revived on Broadway this year.

– Of Mice and Men (April 16): James Franco has been nothing if not eclectic the past few years: he bungled his Oscar hosting duties, starred as Riff Raff’s doppelgänger in Spring Breakers, and directed films based on books by Cormac McCarthy and William Faulkner. This year, he’ll star in a Broadway revival of John Steinbeck’s classic Of Mice and Men, set to open in April at the Longacre Theater.

– Andrew’s Brain (January 14): E.L. Doctorow (Ragtime) returns after a five-year hiatus with a cerebral novel about storytelling and the mystery of human thought. Andrew’s Brain, according to Publishers Weekly, “introduces an intriguing protagonist who poses sweeping questions about the composition of consciousness, the reliability of memory, and the existence of free will, and asks them again and again, sometimes philosophically, sometimes with a sense of alarm.”

– St. Peter’s B-List: Contemporary Poems Inspired by the Saints (March 24): This collection of over one hundred poems, which includes a foreword by novelist Ron Hansen, “awakens readers to the beauty and humor in the broken, imperfect striving of the saints for holiness.”

– Lila (Fall): This new novel from Marilynne Robinson returns to Gilead, Iowa, where a homeless young woman weds the aging minister John Ames. Robinson, whose Gilead won the 2005 Pulitzer Prize for Fiction, is consistently praised as a master of religious fiction. “I have read and loved a lot of literature about religion and religious experience,” writes Mark O’Connell in The New Yorker. “Tolstoy, Dostoevsky, Flannery O’Connor, the Bible – but it’s only with Robinson that I have actually felt what it must be like to live with a sense of the divine.”

– Jesus: A Pilgrimage (March 11): Author, media commentator, and Colbert Report chaplain Fr. James Martin, S.J. returns to book shelves this year with Jesus: A Pilgrimage. “Combining the fascinating insights of historical Jesus studies with profound spiritual insights about the Christ of faith, Father Martin recreates the world of first-century Galilee and Judea to usher you into Jesus's life and times and show readers how Jesus speaks to us today.”

– Saints and Social Justice: A Guide to Changing the World (March 12): We often hear the phrase “social justice” used in politics and culture. But what does it mean in Catholicism? With the help of fourteen saints, blogger and author Brandon Vogt looks at the Catholic Church’s teachings on issues like personhood, the poor, and the environment, inviting readers to embrace an “authentic social justice that sets the world on fire.”

– A Broken Hallelujah: Rock and Roll, Redemption, and the Life of Leonard Cohen (April 14): Leonard Cohen’s latest album Old Ideas – and indeed much of his corpus, including classics like “Hallelujah” and “Suzanne” – invites the listener into a genuine quest for the divine with poetry and grace. This biography of the enigmatic singer-songwriter promises to be “a portrait that is as psychologically astute as it is philosophically attuned.”