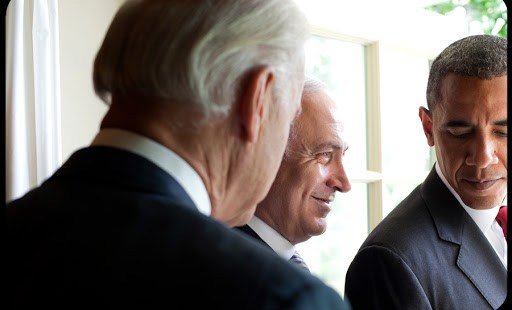 As of this year, the Israeli government now pays for all abortions performed on women between the ages of 20 and 33.

On December 30, the State of Israel announced that beginning in 2014, the government would pay for pay for all abortions performed on women between the ages of 20 and 33, without exception and without regard to reason. The Israeli government already provides widespread abortion subsidies to women under 20 and over 40, but the new policy represents a dramatic departure even for a country with notoriously lenient abortion laws. “It was brought to our attention that there is a large group of women between 20 and 40 who, for various reasons – financial or reasons of secrecy – do not terminate pregnancies,” said Dr. Jonathan Helevy, head of the government committee that decides which procedures or pharmaceuticals to fund. Halevy said the government hopes to fund all abortions in the near future.

Abortion is legal in Israel up until the moment of birth, and girls under 17 do not need parental consent. All women seeking abortions are obliged to obtain prior approval from a government committee, which gives the go-ahead 98.6% of the time. Still, the requirement that women get state permission has fostered the growth of a large, private and illegal abortion industry in the Jewish state. According to the Israeli pro-life group, Be’ad Chaim, about one in four Israeli children are aborted every year, including those terminated in illegal private clinics. That 25% rate puts Israel slightly below China (26%) and just above the United States (23%). An estimated 2 million Israeli children have been aborted since Israel’s founding in 1948. The country has a population of 8 million.

American pro-life and pro-family groups responded to the December announcement with little comment or condemnation. Lifesitenews.com chose to run an anodyne report on the policy change, but not editorialize. The Catholic Family and Human Rights Institute (C-FAM), whose mission is to “defend life and family at international institutions and to publicize the debate,” had nothing to say. The same was true for National Right to Life, Priests for Life, the American Life League and most others.

Dr. Charmaine Yoest, head of Americans United for Life, did note in a statement that “Unborn lives are rich with possibilities and worth saving and government should never be used to harm life and harm women.” The Family Research Council’s Arina Grossu agreed, saying, “No government should invest its money into killing its own citizens.” She also predicted that Israeli government funding would only result in more abortions in that country.” On the other hand, Liberty Counsel, “an international nonprofit litigation, education, and policy organization dedicated to advancing religious freedom, the sanctity of life, and the family,” told its members on January 9, “there has never been a more critical time for you to show your support to Israel and its Prime Minister, Benjamin Netanyahu!” Either someone at Liberty Counsel missed the story or abortion in Israel just doesn’t matter.

Representative Chris Smith (R-NJ), chair of the Congressional Pro-Life Caucus, declined to comment, but perhaps that’s understandable. In addition to his pro-life work, Smith is a charter member of the Israel Allies Foundation (IAF). Formed in 2006, IAF is a kind of institutional link between the US Congress and the Israeli Knesset. Smith, a Catholic, is also the House sponsor of a wonderful bill titled “The Abortion Insurance Full Disclosure Act of 2013.” The measure is intended introduce much-needed transparency to the Patient Protection and Affordable Care Act, also known as Obamacare. If passed, Smith’s bill would force insurers to notify their insured whether abortion is or isn’t covered, and whether any surcharges or other fees are used to pay for abortions. In presenting his bill, Smith wrote, “Obamacare’s abortion mandate violates federal law and makes taxpayers complicit in the culture of death.”