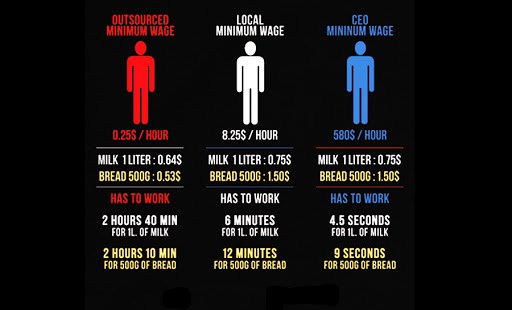 The dark, eugenic history behind the minimum wage

Since the recent 50th anniversary of Lyndon Johnson’s declaration of “War on Poverty,” there’s been a renewed discussion of “what to do about the poor” in America. Much of the commentary is business as usual: folks on the right have taken the opportunity to attack welfare, to the horror of some on the left, who solemnly respond with the traditional liberal view that treats tax money as no object and the poor as objects of unfathomable, if impersonal, collective and politically advantageous pity (in the form of funds). As I clicked through the headlines, I was eager to find a strong Christian response to the plight of the impoverished. With the cry of the poor so much in the public ear, what would Christian leaders have to offer as witnesses to Christ?

My heart sank when I came across two particular news items: First, Catholic Charities USA and the US Conference of Catholic Bishops, represented by Father Larry Snyder and Archbishop Thomas Wenski respectively, made another appeal to the Senate to raise the federal minimum wage. Second, Catholic Charities USA also “brought together a host of other organizations, including Feeding America, Save the Children, the Salvation Army, the National Alliance to End Homelessness, Lutheran Services in America, United Way and the Alliance for Children and Families,” more or less to advocate for more aggressive federal welfare intervention to alleviate poverty. I say my heart sank, but it would be more accurate to say a chill went up my spine. After all, nothing could be more chilly than the welfare state envisioned by the minimum wage’s founding fathers: the eugenicists of the Progressive Era.

Eugenics devalues the human person and treats the most vulnerable among us like cogs in a statist machine programmed for “the good” as conceived in the cold minds of specialists and enacted by a vast state bureaucracy. Many Catholics know of eugenics in its exported, Nazi form. We know its influence on the thought of Margaret Sanger, founder of Planned Parenthood. Some of us may even know of the tens of thousands of racially and mentally “inferior” Americans who were sterilized by force from the progressive 20s through the 70s. And of course, we all know that eugenics is irreconcilable with our faith. But there are two other important facts that Catholics should also know: in the early 20th century, one of the chief eugenic methods for excluding “inferiors” from healthy, white society was by enacting legal minimum wages too high for most of the poor to earn. Second, once these “undesirables” were removed from the workforce, the “State” was meant to “deal with” them separately as a “special class” in the welfare system.

Influenced by the venerated scientific theory of Charles Darwin, early American progressives sought to apply the logic of animal husbandry to the human family. One of the first steps in the progressive plan was to create a purer, whiter economy by outlawing the wages that “low-wage races” were willing to accept on their way up the job-ladder. The existing context of free competition, which was more or less to the advantage of the poor, was a threat to the progressive agenda. “The competition has no respect for the superior races,” said University of Wisconsin economist John R. Commons in 1907. “The race with lowest necessities displaces others.”

Commons and other progressives determined wage by race, insisting that non-Anglos required less pay simply because they were inferior beings. Lower forms of life have lower necessities of life. The real reason why low-wage earners seemed to have fewer necessities was often that they were wise stewards of what they had. They were poor, and they had learned how to manage their lives in such a way as to ensure a better future for themselves. Indeed, African American scholar Anthony Bradley recently wrote about “the existence of thriving black-owned businesses during that era, a fact of which many are unaware … black families epitomized a culture of saving, even more so than white families.”

Rather than treat the poor as human persons with just as much right — and ability — to move freely in the market as themselves, progressives insisted on state controls that would first exclude the poor from work, and then “deal with” them as a separate, “unemployable” class. With the creation of high enough minimum wage laws, the bottom rung of the economic ladder could be sawed off, leaving those already at an advantage free to climb without competition from beneath. Writes Princeton’s Dr. Thomas C. Leonard, “[L]eading progressives campaigned for labor reform while also maintaining that restrictive labor laws, such as legal minimum wages, would disemploy poor workers.” These labor reform leaders fully understood, and fully intended, that those who would suffer the most from minimum wage laws were the very same groups that the eugenic agenda was most anxious to control. “The labor legislation they pioneered was, in important respects, designed to exclude immigrants, women, and African Americans,” write Dr. Leonard and his colleague, Dr. David Bernstein of the George Mason University School of Law.