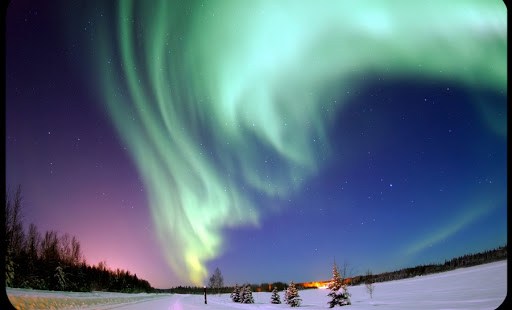 We gentiles are latecomers.

Three days ago on a redeye flight, an airplane carried me away from Anchorage, Alaska and my dear sister and her husband, and back to the “lower 48.”  I draped over my backpack, lamenting the eyelet window and its limited view of Orion’s Belt spangling the sky, the Knik Arm and Turnabout Bay (two inlets from the Gulf of Alaska that cup Anchorage’s peninsula), the bitter moon, the white panels of ice on the sea like shards of a stained glass window, and the orange lights of the city perched on the edge of the peninsula.  The Pittsburgh-sized municipality contains over 1/3 of all Alaska residents and clings to the coastline with the same determination as the tent city-dwellers who came in 1914 to establish a railroad construction port by the mouth of Ship Creek.

From the air, Anchorage appears nothing but a strand of light trimming the coast with perhaps the signal lights of shipping vessels and a weather tower on Fire Island.  As I pressed against the cool window I found my heart heavy with dreadful wonder at the expanse of darkness in every direction, the miles of water beneath my feet, and the raging cold that had fractured the moisture between the double panes and would kill me should it reach me unprepared.  My seatmate Desmond—native to subarctic Fairbanks, AK and a fifth generation “real Alaskan farmer,” i.e. gold miner—told me that had the cold not disabled the equipment at a weather station where he sought shelter, he would have been present for the official creation of a new Fairbanks record, -84F.  In that wild state, cold is a fearsome enemy, and the meager sunlight gives little warmth.  Poet Robert Service (1874-1958) wrote a humorous piece about that same sun called “The Cremation of Sam McGee” that begins, “There are strange things done ‘neath the midnight sun / By the men who moil for gold. / The arctic trails have their secret tales / That would make your blood run cold.”

My sister informed me the state has adapted its fashion canon to combat the cold; “Alaska Casual” means “staying warm by any means necessary.”  And boots. Always.  In the North, being unprepared and underdressed doesn’t mean fashion faux pas but rather hypothermia, a frostbitten nose, or worse—not something we consider down here when we drive with a low tank of gas or run late in the day.

The day I left Alaska my connecting flight took me through Phoenix, and I spend a large part of my layover walking the roof of the parking garage, warming my vitamin-D-deficient skin and adoring the height of the sun and the strength of his rays.  It jarred and intoxicated me to have seen at most 5 hours, 35 minutes of insipid daylight for two weeks, and then find myself in the “Valley of the Sun,” eyes aching, smothered in warmth.

The Russians reached this wild territory first, and their version of the Aleutian word Alakshak (“Great Lands”) became the land’s name when Alaska achieved statehood under President Eisenhower in 1959, only a few months before Hawaii.  The Russians brought the first news of Jesus Christ to the native peoples, and the state retains a strong Orthodox presence.  Towards the end of my stay in Alaska, I visited Holy Transfiguration Greek Orthodox Church in order to see the craft of Konstantine Theodorou, an icon painter from Greece.  A man and his son were creating ornate mosaics on the floor when I arrived and explained the painstaking process to me, (though the father lost my respect when he also claimed credit for the stunning paintings on the walls and up in the cupola).