Helen Alvaré Speaks for Herself 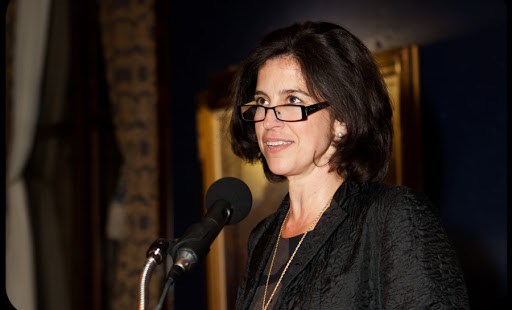 Helen M. Alvaré is a Professor of Law at George Mason University School of Law, where she specializes in Family Law, Law and Religion, and Property Law. In addition to being a member of Aleteia’s Board of Experts, she serves as faculty advisor to the law school’s Civil Rights Law Journal, chair of the Task Force on Conscience Protection of the Witherspoon Institute (Princeton, NJ), president of the Chiaroscuro Institute (New York, NY), chair of the Catholic Women’s Forum, a consultor for the Pontifical Council of the Laity (Vatican City), an advisor to the U.S. Conference of Catholic Bishops (Washington, D.C.), and an ABC news consultant. She cooperates with the Permanent Observer Mission of the Holy See to the United Nations as a speaker and a delegate to various United Nations conferences concerning women and the family.

The following is an exclusive interview with Prof. Alvaré.

The former spokeswoman for the U.S. Conference of Catholic Bishops’ pro-life activities office is writing a friend-of-the court brief for Hobby Lobby as it prepares to argue its case before the U.S. Supreme Court.

Christian-owned businesses Hobby Lobby and Conestoga Wood Specialties Corp. are fighting the HHS mandate, which compels them to make provision for their employees to obtain free contraception, sterilization, and abortion-inducing drugs in their healthcare plans. The high court will hear oral arguments on March 25.

Helen Alvaré, the former USCCB spokeswoman, who is now a law professor at George Mason University, co-authored a letter known as “Women Speak for Themselves” in response to the HHS mandate. Alvaré says some 45,000 women have signed the letter since early 2012. She spoke this week with Aleteia on her ongoing fight against the mandate.

It may be surprising for many that there is a group of intelligent, open-minded women opposed to free birth control.

Yeah, I know — when you put it that way, it does sound kind of shocking. It’s stunning to me how much of a discussion still exists about the place of birth control, not to mention abortion, in American society. You may have noticed a little of it on the fiftieth anniversary of the Pill, which was pretty recently, but the HHS mandate definitely brought a lot of this conversation more into the fore.

I wrote this letter with two prongs; one says that women actually care about religious freedom, and you can’t buy us off of religious freedom easily. It’s not just an old white guys’ concern — a celibate bishops sort of thing. Number two, your idea of women’s freedom is really very narrow and even demeaning, and we think it’s led to some harmful results. And now that I’m in the thick of writing the Hobby Lobby brief, it’s become even more clear, because the government said very clearly in its brief that one of its two main reasons, other than women’s health, is “Women need to enter into society without barriers, like men.” I mean, the clear implication to that is that children weigh women down. Children are a barrier to women’s entry into society and to their equality. We’ve known that this is people’s belief, but our government is saying that now.

I was not surprised but I was a little amazed at the ferocity of the anger about birth control as a solution for women. Particularly, I’m hearing from women who have had terrible health experiences with it.

Tell me more about your amicus brief.

It’s based on a very lengthy law review article that I published several months ago in the Villanova Law Review. And I think it must be good, because Linda Greenhouse at the New York Times attacked it by name in her Thanksgiving column, so I value it even more now.

Basically, the amicus brief goes after a narrow point, as these things do, which is the question of whether the government has a compelling interest that it can claim in exchange for burdening religious freedom. The law of free exercise says that if the government does burden religious freedom, then, under the Religious Freedom Restoration Act, and even under the First Amendment under certain conditions, it has to demonstrate that it has a “compelling state interest”; it has a very high burden of proof. And what I did was go through every single line of the medical evidence that the government’s briefs rely on, and I was able to debunk it quite thoroughly, to the point where it should frighten ordinary citizens that their government has so little to say for itself with such a sweeping mandate.