The Church as a Social Network 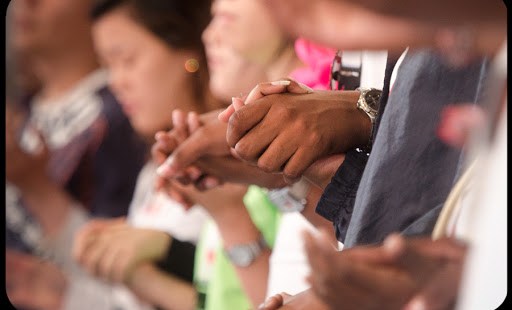 Think the Church is out of step with the digital age? Our social network has been wired for 2,000 years.

It is deeply significant for the age in which we live that the only annual celebration mandated by Vatican II was the World Day of Communications, which takes place annually on January 24, the Feast of St. Francis de Sales (patron of journalists). In celebration of this event, it is now customary for the pope to release a message highlighting one aspect or another of what the Church calls “social communications.” For this year’s World Day of Communications, for example, Pope Francis has chosen as his theme “communication at the service of an authentic culture of encounter.”

Attention paid by recent popes to social communications has not been limited to this annual message. Blessed Pope John Paul II returned often to the theme, including in the final magisterial document he promulgated before his death, The Rapid Development (2005). In that document we read: “The Church would feel guilty before the Lord if she did not utilize these powerful means [of social communication] that human skill is daily rendering more perfect. It is through them that she proclaims "from the housetops” the message of which she is the depositary.”

John Paul is in fact quoting here from a document by his predecessor, Paul VI, Evangelii Nuntiandi (1975), who apart from his ultimate responsibility for the Vatican II document on social communications, Inter Mirifica (1963), also promulgated on this theme Communio et Progressio (1971). But for papal pronouncements on social communications we can go further back to Pius XII’s Miranda Prorsus (1957), and even to Pius XI’s Vigilanti Cura (1936), which contains an absorbing catechesis on the art of the cinema written a full three years before cinema’s annus mirabilis of 1939, when Hollywood produced Gone with the Wind, The Wizard of Oz, and Wuthering Heights.

What does the Church mean by social communications? On the one hand, the Church means any form of media that involves the whole community or a large segment of it–so, books, plays, newspapers, artistic performances, etc. But more specifically for us in 2014, by “social communications” the Church is principally interested in the mass media making use of the new digital technologies–websites, blogs, podcasts, social networking sites, movies, television, news media, digital music, etc.

But why does the Church make such a big deal out of social communications? To understand the answer to this question is to get to the heart of what digital media is all about, and thus to better understand the nature of the world in which we live.

In The Rapid Development, John Paul II observes that the “first Areopagus of modern times is the world of communications, which is capable of unifying humanity and transforming it into – as it is commonly referred to – “a global village.” The Areopagus, of course, is the place in Athens where St. Paul preached about the unknown god (Acts 17:24). So John Paul’s analogy would seem to indicate that the world of social communications is an arena where people are worshipping “an unknown god.”