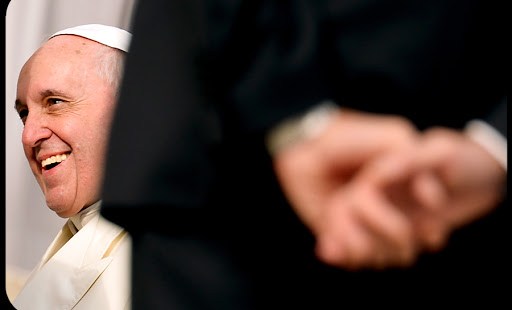 Evidence points to more continuity between the two than is normally thought.

In Evangelii Gaudium paragraphs 93-97, Pope Francis lays out two forms of “spiritual worldliness” that he views as obstacles to true Christianity. A comparison of these passages with what one Joseph Ratzinger saw as the future of the Church suggests that our Pope and Pope Emeritus share a vision of what the Church will need to become in the years ahead. The things that stand in the way of the church Ratzinger envisioned are precisely those that Pope Francis identifies as problematic.

Ratzinger, writing at the end of the 1960s, seems to predict the total collapse of cultural Catholicism and the institutions that characterize it:

"From the crisis of today the Church of tomorrow will emerge—a Church that has lost much. She will become small and will have to start afresh more or less from the beginning. She will no longer be able to inhabit many of the edifices she built in prosperity. As the number of her adherents diminishes, so will she lose many of her social privileges. In contrast to an earlier age, she will be seen much more as a voluntary society, entered only by free decision."

The Church, Ratzinger predicted, would lose its social prestige and many of its institutions. Compare this prediction with Francis’s condemnation of the form of spiritual worldliness that he calls gnosticism:

"[T]his spiritual worldliness lurks behind a fascination with social and political gain, or pride in their ability to manage practical affairs, or an obsession with programmes of self-help and self-realization. It can also translate into a concern to be seen, into a social life full of appearances, meetings, dinners and receptions. It can also lead to a business mentality, caught up with management, statistics, plans and evaluations whose principal beneficiary is not God’s people but the Church as an institution."

In addition to treating the articles of faith only as “a set of ideas and bits of information that are meant to console and enlighten,” this Catholic gnosticism is focused on maintaining institutions and programs for appearance’s sake: It seeks to preserve precisely those social privileges and institutional edifices which Ratzinger predicted the Church would have to be prepared to abandon.

Among the edifices that will have to be abandoned, undoubtedly, are numerous Catholic schools, hospitals, and charities. Numerous parish schools and even parishes that were erected in any number of major US cities have closed down in the past few decades. Increasing cultural pressure for what is euphemistically called “reproductive care” and government oversight of the medical industry may lead to many of the Catholic hospitals that have emerged even in the last few decades to be bought out or forced out. The institution of same-sex unions has in various states led to the closure of Catholic adoption agencies that had previously been the most effective agencies in the state. Note in this last case that, even as most such agencies across the state closed, the agency in the Belleville diocese cut its denominational and doctrinal ties while attempting to cling to a Christian mission to social service.