Can Catholics Work in Fashion? 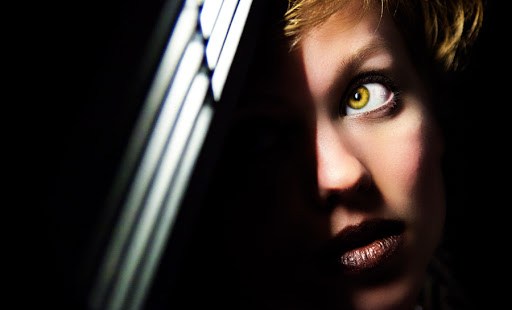 There is a difference between function and use, love and lust, subject and object, and virtue and sin.

While there are and have been many notable and great Catholics in the film industry, there is a very noticeable absence of them in the fashion industry.  In this and subsequent posts, I endeavour to tackle some of the issues that may be keeping Catholics away from fashion. To a great extent, part of the reason many Catholics stay out of fashion is due to a faulty way of thinking derived from Jansenism and Protestantism that has been allowed to infiltrate and infect a great majority of Catholic thought, especially subjects related to what the body, human sexuality, and what true modesty really is.

If we look back to the Catholic Europe of the high Gothic periods, the renaissance and so forth, we find an abundance of beautiful art. Whether it’s the paintings in the Sistine Chapel, Michelangelo’s David, or one of the many images or statues of Our lady of La Leche, or other numerous yet nude or barely clad religious works of art, we see that the body was not avoided when Catholic culture was in it’s full glory and splendor.

We have to remember that there is a difference between function and use, love and lust, subject and object, and virtue and sin. What makes Michelangelo’s David beautiful but a pornographic picture appalling? Are both not exposing the body? One is showing the beauty of David, his virility and vigor, his strength and determination in overcoming Goliath, he is a subject, he is a someone.  With pornography, men and women are turned into objects for the pleasure of whomever to be used, they are not viewed as a someone, but a something, a means to an end. As Pope John Paul II said about pornography; “In short, the problem with pornography is not that it shows too much of the person, but that it shows far too little.” With the statue of David, you are seeing into an event of his life, you are able to learn and grasp something of his strength and character, and you know who David is. Pope John Paul II says “the person” which automatically implies that person as a composite being of both body and soul, a complete individual, not just a physical body, and in that, is the major difference.

Just a day ago, I saw a post on a Los Angeles based fashion related page that I follow, and this particular picture (although I’ve seen pictures showing just as much as this picture was, but in a different way) was presenting a woman’s body in a very vile manner, in the lines of pornography in that it did not serve to show the beauty of woman, but rather was directly done in order to incite a sense of utility towards a woman’s body.  I made a complaint and asked them to remove the picture. While the administrator and I went back and forth a few times, and I was told at first to just “unlike” their page if I didn’t like what they posted, and that this was fashion and that it sells, and so forth, I explained that while yes, sex sells and yes, it is very often seen in fashion, but should it be so, I asked? I told them there was a difference between displaying human sexuality in a beautiful way and then there was a vile or even pornographic way. I appealed to their sensibilities and told them that as a patronage/follower of their page, this was not in keeping with the quality fashion items that they normally post, and that it was cheapening their page. And while we have differing views, something struck a chord, and they were able to see that it wasn’t because there was a naked woman that I was up in arms, I was upset because it was presenting a woman’s body as an object, indeed it did not even show the woman’s face it was so blatantly declaring that it was objectifying her. Appealing to beauty was the only way I was able to dialogue with this person, and they saw my point, and took the image down.

More to follow on this topic in my next articles.