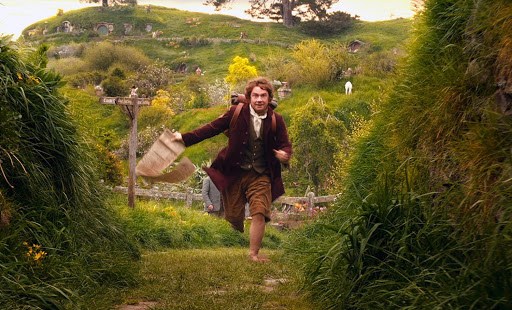 Not everyone needs to be a St. Thomas Aquinas.

As a former evangelical and an intellectual with an interest in public affairs, I have many friends who have converted to Catholicism over the years. Enough exposure to today’s Catholic intellectuals—at places like Princeton, ISI, and many Washington nonprofits—is often enough to show young evangelicals what they’ve been missing. The beauty and grandeur, the connection to history, and the intellectual strength are often cited as reasons for conversion.

But there’s a counter-argument I’ve also heard: that the strain of Catholicism one sees in the places I mentioned is far from “normal” Catholicism. “Normal” Catholicism of today can be superstitious, light on substance and spiritual formation, and lead to churches that are either aging rapidly or full of quickly secularizing Hispanics. Don’t drink the Kool Aid in D.C., the counter-argument goes, because it isn’t what’s really going on.

An assumption in either scenario, though, is that the intellectual, high-church end of Christianity is what we ought to be shooting for. But is it? Should we want everyone to be intellectuals? Is the graduate student writing a dissertation on Aquinas our measure of the good Christian?

I think Tolkien, a Catholic himself of course, nailed this in The Return of the King. In the chapter “The Houses of Healing,” Pippin remarks that hobbits like himself and Merry aren’t suited for the kings and castles and greatness around them. Merry replies:

“At least we can now see them, and honour them. It is best to love first what you are fitted to love, I suppose: you must start somewhere and have some roots, and the soul of the Shire is deep. Still there are things deeper and higher; and not a gaffer could tend his garden in what he calls peace but for them, whether he knows about them or not. I am glad that I know about them, a little. But I don’t know why I’m talking like this. Where is that leaf? And get my pipe out of my pack, if it isn’t broken.”

Pippin and Merry aren’t intellectuals. They aren’t fancy and impressive. And yet you can see two things in this little speech that are crucially important, I think, to a healthy Church:

(1) A recognition by “normal” people that the things the intellectuals value do, in a rightly ordered society, have an impact on people and practice who don’t fully understand them; and a consequent respect for those things. We can judge the worth of today’s elites tomorrow, by how well their work trickles down and creates beautiful communities and souls.

(2) An appreciation for the things that matter, even at the most basic level. So much of the well-lived life is about learning to enjoy the right things.

And this the hobbits certainly do. You’d be hard pressed to find anyone in Third-Age Middle Earth or 21st-century America who takes more pleasure in a good song, drink, meal, home, tree, or friendship. And Merry, unlike his friends at home, has a sense that these things come from somewhere—and that that somewhere is worth exploring and knowing more fully by somebody, even if it isn’t him. (And at the end of his surprisingly deep little speech, Merry—importantly—shakes himself and asks for his pipe.)

We shouldn’t want everyone, or even most people, to be intellectuals. But we should want them, in a manner of speaking, to be hobbits.

Brian Brown is an organizational growth consultant specializing in social strategies; meaning he helps people build their business, nonprofit, or campaign exponentially by capitalizing on human relationships and technology. He is the senior editor of Humane Pursuits. You can follow him on Twitter @BrianBrownSF.