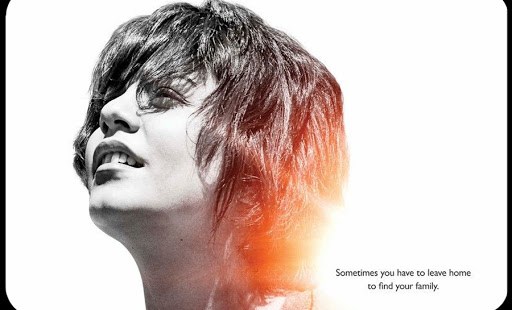 In which David Ives investigates whether we have another ‘soul winner.’

Look, I'll be honest – when I initially received the promotional material for Gimme Shelter, the first thought that crossed my mind was, "Uh oh." You see, the publicists were quick to point out that the movie was endorsed by none other than Bishop Ignacio Carrasco de Paula, President of the Vatican’s Pontifical Academy for Life, and his statement was pretty glowing.

In the press release, His Excellency proclaimed, “The remarkable narrative of Gimme Shelter expresses a powerful reality and the heroic love of a mother for her unborn child. Exploring the hard questions regarding the meaning of life, family, love and suffering, our heroine, 'Apple,' fights against all odds and finds hope in the kindness of some key people, including a hospital chaplain who expresses the true nature of a priestly soul of service, guidance, and the deep love of God for every single man, woman and child from the moment of conception. Out of rejection shines the courageous beauty of a mother’s love, and out of tragedy, shines hope!”

Not bad, huh? The problem was that while the Catholic in me was thrilled to hear that an actual pro-life movie was coming to theaters, my inner movie critic couldn't help but think, "Uh oh, this sounds like a soul winner." Now in case you haven't heard that term before, 'soul winner' was the name applied to independently produced micro-budgeted movies with an in-your-face Christian message that were most often shown in evangelical churches in order to inspire viewers to convert. Basically, they'd roll the film, get the congregation all worked up, and then have an altar call. Say what you want, but it works – I’ve seen it with my own eyes. Of course, the distribution method for these types of films has changed a bit since those early days thanks to the advent of the home video market, but the production of 'soul winners' is bigger now than it ever was. There's so many being produced these days that there's even a Churches Making Movies film festival held in New Jersey each year. The problem is that, while (most of the time) the messages in these movies can't be faulted, the artistic quality (production values, acting, script, etc.) is often… you know, a lot of the time they're… when compared to standard movies, they just… well, at least the messages can't be faulted.

I'm happy to say that Gimme Shelter is not a 'soul winner' in the traditional sense of the term. It's a professionally made film with a competent director, real actors, and, most importantly, an actual script instead of a thinly disguised sermon. The movie is based on the true stories of some of the girls who have found themselves living at the Several Sources Shelter, a charity designed to provide pregnant unwed teenagers a safe place to have and raise their babies until they can get back on their feet. Founded by the formerly homeless Kathy DiFiore, Several Sources made the news a while back after the state of New Jersey attempted to shut down the operation, claiming the shelter was an illegal boarding house under state laws. However, once the devoutly Catholic DiFiore appealed to help from Mother Teresa (who did in fact become personally involved in the situation), state lawmakers decided to amend the rules to allow places like Several Sources to continue to provide their services. These days, Several Sources has five homes in operation and has served as a model for similar undertakings.

As interesting as all of those facts are, though, the film doesn't tell that story. Instead it focuses on one girl and her experiences getting to and living at Several Sources. The movie begins with Agnes “Apple” Bailey (Vanessa Hudgens) desperately trying to find a way to escape the projects and her abusive mother (Rosario Dawson). Making her way to the suburbs of New Jersey, the girl is tentatively taken in by her biological father (Brendan Fraser), a wealthy Wall Street broker who still feels guilt over being forced by his own parents to abandon his unborn child all those years ago. However, once it's learned that Apple is pregnant herself, she is told she can stay only if she agrees to have the baby aborted. Reluctantly submitting to the procedure at first, Apple ultimately decides she wants to keep the baby and runs away from the clinic.