Over 100,000 Pro-Lifers Converge on Washington to March for Life 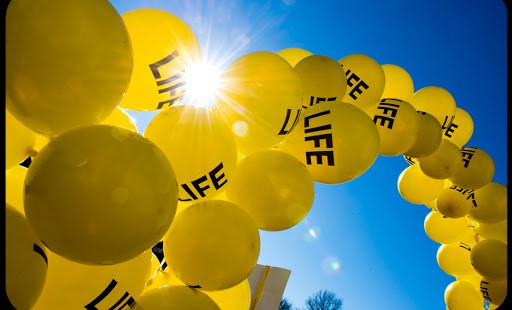 The 2014 march featured many new elements due to the efforts of a brand new organizing committee.

Despite bone-chilling temperatures (with wind chills near 0°F), Washington, DC once again played host to the world’s largest pro-life event Wednesday as the 40th March for Life got underway. March organizers did not attempt to do an official count this year, but a comparison to prior years’ crowds yields an estimate of more than 100,000 participants in this year’s event.

The 2014 march was a novel occurrence in many ways. Upon the death of march founder and longtime president Nellie Gray in 2012, the march found new leadership under Jeanne Monahan. The 2014 march was the first time that Monahan led the event’s coordination efforts in their entirety.

This year’s march featured a number of new elements. First, there was march’s theme, which this year served to draw attention to the importance of adoption. While speaking at the rally, Monahan encouraged women in crisis pregnancies to consider giving their child up for adoption as an alternative to abortion, saying, “Every child is wanted by someone.”

Another element was a revived attempt to appeal to youth, who make up the overwhelming majority of march participants. Many of the march’s events were youth-focused, including a performance by Christian musician Matt Mauer. In addition to a broadened youth appeal, the event also attempted to reveal a broader demographic identity, especially with respect to religion (the march is known for its predominant Catholic presence). Speakers at the rally included Protestant ministers and Orthodox clergy.

The march also made use of a significant social media campaign this year. They focused around the Twitter handle #whywemarch – a move that garnered much attention to the march in the days preceding the actual event.

And if you don’t believe that, just ask Pope Francis:

I join the March for Life in Washington with my prayers. May God help us respect all life, especially the most vulnerable