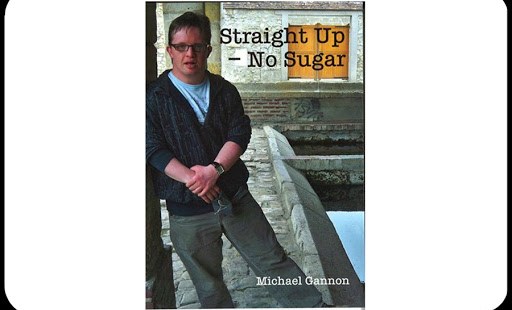 People should “stop looking at Down Syndrome, and see the person.”

For the past two weeks, Vatican Radio has had a new member in its team: Michael Gannon, 33, has Down Syndrome, but this has not prevented him from becoming a published author, going to university, acting, or working as a radio journalist – among other achievements.

The first person with Down Syndrome to intern at Vatican Radio, Michael has made the most of his time working at the radio station of the Pope. He began his internship by interviewing the director of Vatican Radio’s English Program, Sean Patrick Lovett, during which he asked some challenging questions, such as: “What do you think God is really like?” and “Do you pray?”

He has also interviewed fellow Irishman Msgr. Paul Tighe, Secretary of the Pontifical Council for Social Communications, asking him why he decided to become a priest, and whether the Council offers messages to people with Down Syndrome.

The opportunity to work for Vatican Radio came about two years ago when Michael and his mother were attending an event in Rome organized in part by the AIPD (Associazione Italiana Persone Down), entitled: “My Opinion, My Vote.”

Michael asked Lovett if Vatican Radio had ever employed an intern with Down Syndrome. When the director of the English program said they had not, Michael offered to become the first.

As he wrapped up his last day at the Radio, Michael told ZENIT that what he has most enjoyed most is working with the team.
A major highlight of his time, however, was when he and his parents met with Pope Francis. “I was full of mixed emotions,” he told ZENIT. “I couldn't believe that I met the Pope.”

“I said to the Pope: 'Thank you for meeting with me today. It's been a privilege and an honor to meet you for my first time. And for my parents, as well’.”

A student of the National University of Ireland in Maynooth, the Kildare native has an impressive resume in the area of communications. He has written a book entitled Straight Up, No Sugar, and is in the process of writing a second book. He is also an “ambassador” for Down Syndrome Ireland.

“People with Down Syndrome have a normal life,” he said. “They have family. They have friends. They can go out, have fun, socialize. You can be your own self.”

For those who might be daunted by some of his achievements, Michael said in no uncertain terms: people should “stop looking at Down Syndrome, and see the person.”