What to Expect from Obama’s State of the Union Tonight 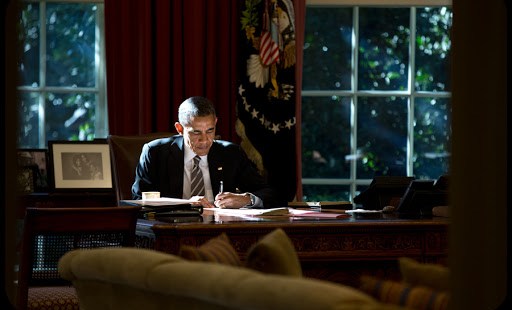 Here’s why you may want to join the majority of Americans in skipping this year’s speech.

On Tuesday, President Obama will give his sixth State of the Union (SOTU) address. The fact that it won't be his last says a lot about the real state of things in America.

Before the days of TV, Internet, 24/7 media, White House Twitter and Facebook pages, and nearly-daily briefings by the President's Press Secretary, SOTU may have served some purpose. It appears, however, that for over a century, various presidents disagreed with that assessment: according to Charles Cooke, there was a 112-year gap between SOTU speeches, starting with Thomas Jefferson and ending with Woodrow Wilson.

According to the website of the House of Representatives, there have been 92 in-person SOTU addresses, and 80 since Wilson reinstated the tradition. Many were delivered in writing, as Jefferson did. The House website describes that 19th century messages were “both a lengthy administrative report on the various departments of the executive branch and a budget and economic message.” Wilson turned it into “a platform for the President to rally support for his agenda.” Today, it is “a forum for the President to speak directly to the American people.”

All of which are worthwhile goals. In recent decades, unfortunately, SOTU speeches have turned into what Politico's Glenn Thrus called a “laundry list”: they are the President's preferred policies presented in a long-winded format (which Obama is the latest to utilize), and they will include attacks on his political opponents and dishonesty about many political, economic, and social realities.

This year's list will include some perfect election-year rhetoric:

– The gap between the rich and poor, using that as a lead-in to policy proposals such as raising the minimum wage, continuing unemployment benefits, and expanding preschool initiatives.
– Defense of the Affordable Care Act, which has thus far been a disaster. He will likely boast that three million Americans have successfully signed up for insurance coverage under state and federal exchanges, but it is doubtful he will mention millions more who have lost coverage because of the Act.
– Congress is going to have another fight on the debt ceiling next month. Obama will call for compromises that include spending lots of money and raising taxes.
– Amnesty for illegal immigrants and more infrastructure spending will also be part of the kitchen sink thrown at viewers.
– Some substance might be addressed – Al-Qaeda gains in Iraq, the departure of the U.S. from Afghanistan, and America's involvement in the Syrian civil war. Negotiations with Iran are likely to be mentioned.

So what is a Catholic to think about all of this? I suggest members of the Church join nearly 90% of Americans in doing anything besides watching the SOTU speech – not the least because so much of it will go against Catholic teachings.

First, the President wants higher taxes and more federal spending. These policies stand in opposition to Catholic subsidiarity, as they expand the power and scope of the federal government without considering first whether more immediate and localized authorities are capable of addressing the issues before them. Furthermore, much of the federal budget goes to immoral policies and programs, including funding of Planned Parenthood, the sacrificing of American troops and treasure in other countries for the political futures of elected officials, and special interest subsidies that violate equal treatment under the law.