German Cardinal Under Fire for Comments on Muslim Families 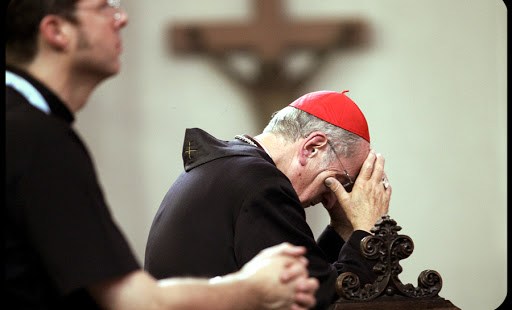 Were the Cardinal’s comments really offensive?

German Cardinal Joachim Meisner has come under fire for remarks he made recently to a group of faithful Catholics, many of whom had large families. "I always say, one of your families to me makes up for three Muslim families," he said, implying that the large families were out-producing Muslim families, and that he thought that was a good thing.

Muslim leaders and others took offense, saying that his remarks were "polarizing" and that he was "ranking the values of families, and thus children, on the basis of their religious affiliation."

The German news agency The Local has the story:

Cardinal Joachim Meisner was speaking on Friday to members of a conservative Catholic group famous for their large families when he said: "I always say, one of your families to me makes up for three Muslim families."

Muslim organizations and politicians from the Social Democrat and Green parties said they were "stunned" by the comments – which came a month before Meisner, 80, was due to retire.

The Cardinal said in a statement on Wednesday he regretted that his comments had caused such "irritation".

He added: "It was never my intention to offend those of other faiths with this…perhaps my choice of words in this case was unfortunate."

"I have repeatedly stated that in many cases Muslim families set an example to our ageing society," he said.