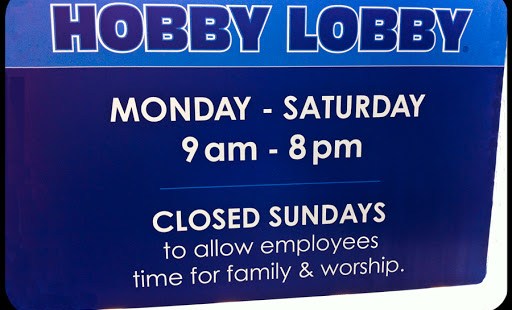 “Where else do you see Catholics, Evangelicals, Mormons, Muslims, Hindus, and Jews coming together?” asked Lori Windham, senior counsel at the Becket Fund for Religious Liberty.

Hundreds of individuals and groups from a broad range of religious and political backgrounds have filed briefs supporting the owners of Hobby Lobby in their religious freedom case at the Supreme Court.

“The breadth of support has been incredible,” said Lori Windham, senior counsel at the Becket Fund for Religious Liberty, which is representing Hobby Lobby and its owners before the Supreme Court.

“Where else do you see Catholics, Evangelicals, Mormons, Muslims, Hindus, and Jews coming together?” she asked. “Religious freedom is important to Americans of all faiths, and we hope the Supreme Court will protect that freedom.”

Windham told CNA that the “overwhelming support for the Green family and Hobby Lobby sends a strong message: the government cannot and should not restrict religious freedom.”

The outpouring of support comes amid a legal challenge to the controversial federal contraception mandate, filed by David Green and his family, owners of the craft store chain Hobby Lobby.

Founded in an Oklahoma City garage in 1972, Hobby Lobby has grown to include more than 500 stores across the country. The Greens say they have operated the company from its beginning in accordance with their Christian beliefs, closing all stores on Sundays, donating to charity and maintaining minimum wages that are above the national standard.

The company and its owners are currently engaged in a legal battle against a federal mandate requiring employers to offer health insurance plans covering contraception, sterilization and some drugs that may cause early abortions.

While the Green family does not object to some of these products and procedures, it argues that being forced to provide abortion-causing drugs violates their deeply-held religious beliefs.

The federal government has argued that First Amendment rights to religious freedom do not apply to religious individuals making decisions about for-profit businesses.

Failure to comply with the mandate could result in fines of more than $1 million per day, although the Greens have received a temporary court injunction protecting them from penalties until they receive a final ruling on their case.

The Supreme Court has taken up the Hobby Lobby case and is expected to issue a ruling this summer.

In what the Becket Fund described as “one of the largest amicus brief filings in Supreme Court history,” 81 “friend of the court briefs” were filed in the case on Jan. 29. Fifty-six of the briefs – more than two-thirds – were in support of Hobby Lobby and its owners.

The support for the Green family spans creeds, denominations and party lines. More than 107 members of the U.S. House and Senate, from both major political parties, have signed three briefs supporting the Green’s ability to run their business according to their beliefs.

Additionally, 20 states across the country have signed onto briefs, as well as Democrats for Life and other pro-life groups.

Other signatories include women’s organizations and medical associations, including several breast cancer groups pointing out concerns over the medical data used by the government to justify promoting hormonal contraception.

The U.S. Conference of Catholic Bishops also filed a brief of support, reiterating opposition “to any rule that would require faithful Catholics and other religiously motivated business owners to choose between providing coverage for products and speech that violate their religious beliefs, and exposing their businesses to devastating penalties.”

Religious support of Hobby Lobby and its owners was not limited to Catholics, however.

The Church of Jesus Christ of Latter-day Saints, the Church of the Lukumi Babalu Aye, and the Hindu International Society for Krishna Consciousness all filed supporting briefs, along with Muslim and Christian scholars, a Jewish publisher and a halal food company.