Why European Christendom Was So Important for the Faith 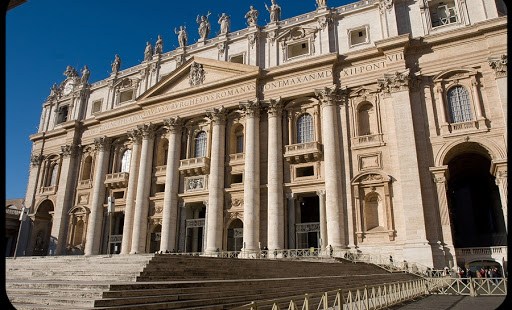 The flowering of an authentically Christian culture didn’t happen by accident.

Hilaire Belloc is famous, and in some quarters infamous, for the statement, in his book Europe and the Faith, that “The Faith is Europe, and Europe is the Faith.” [1]

Of course Belloc, like any intelligent man, knew well that this statement was not literally true, at least not in any statistical sense.  That is, there were millions of Catholics outside Europe, and millions of non-Catholics within Europe.  This is even more the case today than when Belloc wrote.  But there is a sense in which this statement is true, for Europe is that place in which, under God’s providence, the Faith was given both time and space to develop itself intellectually and culturally, to form Christendom, the outward and visible sign of God’s internal and invisible work in human souls.  Although originally the Church’s cultural orbit had included parts of both Africa and Asia, and many important early Fathers and other theologians were north African or Middle Eastern, after the Muhammadan invasions these areas were to some degree cut off from contact with the rest of the Catholic world—and, in the case of Latin north Africa, the Church dwindled away into nothingness.  Thus Europe was left as the only place where, although amid difficulties certainly, Catholic life could develop in a more or less natural or proper manner.  In this way it is true to say that the Faith is Europe and Europe is the Faith, since it was only there that Catholic social and cultural life had the chance to attain to any degree of maturity, and in turn, this gave to the European continent a cultural unity it otherwise would probably have lacked.

Such an outward social and cultural manifestation of Catholic faith has always been characteristic of the Church.  Except in cases of persecution, it is normal for a Catholic social order to arise, and we take for granted the immense number of intellectual, literary, artistic, musical, architectural, and other expressions of Catholic faith that were produced within Christendom.  But there is one additional and almost always necessary element in this outward expression of the Faith.  That is the political aspect.  Ever since the Emperor Constantine’s initial recognition of the Church through the Edict of Milan, the Catholic Church has enjoyed a complex relationship with the various political powers of this world.  Before Constantine, of course, the Church was generally an object of persecution by the Roman government.

But after Constantine all this changed.  Now the government became, in a sense, the patron and protector of the Church.  That this patronage had a negative side, no one can deny.  But that in general it was the providentially appointed means for protecting the Church and allowing a Christian civilization to develop also seems to me beyond denial.  Because of this complex relationship with the powers of the world, a relationship often both positive and negative at the same time, it can be perplexing to evaluate any particular instance of this relationship, and thus it seems to me that we should be careful about either condemning it wholesale, or on the other hand, failing to acknowledge or downplaying its negative aspects.

In evaluating the pros and cons of the political patronage that various rulers have bestowed on the Church over the centuries, we should remember that without such patronage only rarely would Catholic cultures have been able to develop.  I will address the contemporary situation below; but speaking of the past, up to a few hundred years ago, the military or political triumph of an anti-Catholic power usually brought with it persecution of the Church, the destruction of any outward manifestations of Catholic life, and often even the slow death of the Faith on the part of individuals in their private lives.

Tertullian’s dictum, that the blood of the martyrs is the seed of the Church, has certainly proven true at times, but it can hardly be regarded as an axiom to be applied uncritically to all times and places.  In the lands conquered by Moslems or in those parts of Europe that embraced Protestantism, the Church was subjected to varying degrees and kinds of persecution, and in some cases the Catholic body was reduced to nothingness.  All this is simply to point out that, whatever harm state protection and patronage of the Church has brought with it, it also provided needed space for the Church and Catholic life to exist and develop.  The sad state of the Church in Catholic Europe is often taken as proof that ultimately such official protection does more harm than good, but when we compare Latin Europe today with such once-Catholic lands as Scandinavia or Asia Minor, we might conclude that more than one opinion is possible.