A Christian Without the Church is an ‘Absurd Dichotomy,’ says Pope 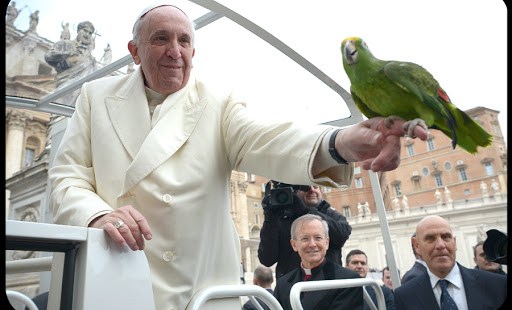 Pope Francis takes on the modern notion of “I’m spiritual but not religious.”

In his daily Mass, Pope Francis reflected on the intrinsic relationship between the Church and the People of God, emphasizing that we need to be humble and obedient to her teachings in order to be faithful.

Pope Francis began his reflections, offered to those present in the chapel of the Vatican’s Saint Martha guesthouse, by turning again to the figure of King David in the day’s first reading take from the Second Book of Samuel.

By the way in which David prays, as a son who speaks with his father and receives even the answer of “no” to his demands with joy, it is apparent that he had “a strong feeling of belonging to the people of God,” the Pope observed.

This example makes us wonder about our own sense of belonging to the Church, continued the pontiff, stating that “the Christian is not baptized to receive baptism and then go on his way.”

“The first fruit of Baptism is that you belong to the church, to the People of God. One cannot understand a Christian without the Church,” he explained, recalling the words of Pope Paul VI when he stated that “it is an absurd dichotomy to love Christ without the Church.”

“We receive in the Church the message of the Gospel and we become holy in the church, our path in the Church. The other is a fantasy or, like he would say, an absurd dichotomy.”

Pope Francis then went on to describe how there are “three pillars” within this “belonging,” and this “feeling” with the Church, the first of which is humility with the awareness that being placed in a community is “a great grace.”

“A person that is not humble, cannot hear along with the Church, he hears only what she likes, what he likes,” noted the Pope, adding that this humility can be seen in David’s prayer, when he says “Who am I, Lord God, and what is my house?”

“With this consciousness,” we are aware “that our story of salvation has begun and will not end when I die. No, it is a whole story of salvation,” observed the pontiff, “I come, the Lord takes you, makes you go ahead and then calls you and the story continues.”