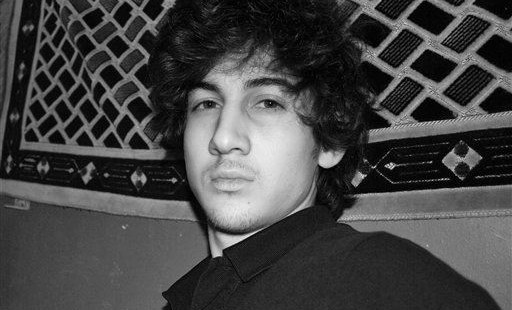 The question to consider: Does the death penalty constitute a pursuit of justice?

The Department of Justice (DOJ) announced on Thursday its decision to seek the death penalty for Dzhokhar Tsarnaev, an accused perpetrator of the Boston Marathon bombing that killed three people and injured more than 260 in April 2013.

The DOJ cites Tsarnaev’s lack of remorse and his “betrayal to the United States” in carrying out a terrorist attack on “an iconic event that draws large crowds of men, women, and children to its final stretch, making it especially susceptible to the act and effects of terrorism.” While Massachusetts does not allow for the death penalty, Tsarnaev can be sentenced to capital punishment under federal law.

In a Boston Globe interview, 36-year-old Jarrod Clowery – a victim of the attack – said of the DOJ’s announcement, “[Tsarnaev and his brother] were tried and convicted by a power higher than us the moment they did what they did. I’m moving on with my life. … It has no bearing on my life whatsoever.”

Clowery’s statement provides some food for thought: what benefit does the application of capital punishment have in the pursuit of justice? There is temporal and spiritual punishment for sins, of which God alone is the arbiter. There are also legal consequences for the violation of the rule of law. In most parts of the United States, this includes making recourse to the death penalty for cases of murder and high treason (though the vast majority of Western democracies throughout the world have now banned the practice).

According to the Catechism of the Catholic Church, the Church does not categorically object to the death penalty – if it is “the only possible way of effectively defending human lives against the unjust aggressor” (2267).

Regardless of his sins, an unrepentant murderer does not relinquish the human dignity integral to his very being. In being born human, his life – a divine amalgamation of body and soul – is imbued with the dignity proper to God’s supreme creation, made in his image and likeness. For this reason, the Catechism states that, given the capacity of the State to protect its citizenry from harm without resorting to lethal force (secure prisons, for instance), “the cases in which the execution of the offender is an absolute necessity are very rare, if not practically nonexistent” (CCC 2267).

The State has a duty to enforce justice, and “legitimate public authority has the right and duty to inflict punishment proportionate to the gravity of the offense” (CCC 2266). After securing public safety by apprehending a dangerous individual (deadly force can be legitimately used in order to subdue a dangerous individual while at large), punishment first serves to “redress the disorder introduced by the offense,” but then also serves as a form of “expiation” if the guilty party bears it willingly.

Life imprisonment serves this purpose more effectively than the death penalty, providing a way for the guilty to make reparation for their atrocities in a manner that does not violate the guilty party’s own human dignity. God is the author of life, and unless capital punishment is carried out as a necessary means of protecting the public (thereby sparing additional human life), the State lacks the moral authority to put a man to death.

So does executing Tsarnaev amount to justice, or is it a pointless exercise that produces more injustice? Just ask Jarrod Clowery, who seems content to leave Tsarnaev’s ultimate conviction to a “higher power.”