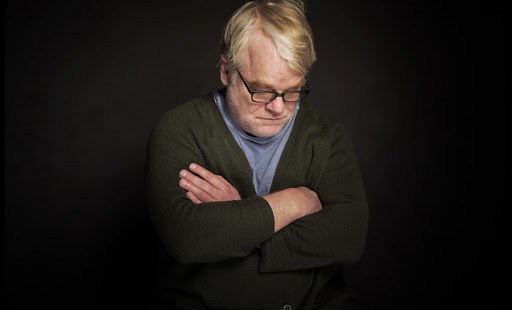 The actor’s tragic demise is a true example of what Pope Francis decried as a society devoid of respect for human dignity.

Famed actor Philip Seymour Hoffman was found dead in his New York City apartment on Sunday, the victim of an apparent drug overdose. Hoffman, who had remained sober for 23 years after prior addiction problems, started to fall back into drug use in recent months. His body was found in a bathtub with a heroin-filled needle in his arm. Hoffman, aged 46, is survived by his partner of 15 years, Mimi O’Donnell, and their three children.

The actor’s untimely demise calls to mind the “throw-away” culture referenced by Pope Francis, in which the Pontiff lamented a society in which human life is seen as a disposable commodity that is deemed valuable to the extent that it can serve some sort of useful purpose in the eyes of others. Hence the aborting of babies and the euthanizing of the old and infirm – practices which are all too common in modern societies, despite their being utterly opposed to human dignity.

Hoffman was a man with a successful acting career, a family, and (apparently) an appreciation of Christian spirituality (albeit a rather loosely defined sense thereof). Laura Turner of Religion News Service writes about an instance in which Fr. James Martin, S.J., was training Hoffman to “celebrate” Mass as practice for his upcoming role in the film Doubt, in which he played a priest.

“[I]n Phil’s words, Jesus was always suggesting, in order that the decision to follow or not follow was always that person’s own decision,” said Fr. Martin of the late actor. But Hoffman was not without his own understanding of Christ: “My image of Jesus is someone who is exciting. … Were he alive today, he would be causing havoc!” (à la Pope Francis’s call to “cause a ruckus in the streets,” one would presume).

Though we do not know the particular reasons that led Hoffman back to drugs, the tragedy is, as Turner states, that “the leaving was so unnecessary that it is even more tragic.” It seems as though in spite of everything that Hoffman had going for him, certain difficulties caused him to seek refuge in a destructive cycle of self-abuse – which perhaps he considered a mere temporary “escape,” though ultimately, he would never come out of it. In effect, he did not see the dignity of his own humanity, but rather felt free to abuse it, and ultimately – perhaps even unwittingly – discard it.

Would that he had seen Christ not only as a man, but also as “the Way, the Truth, and the Life” – that perfection of existence to which the Lord calls each and every one of us.