The Courageous Act of Parenting 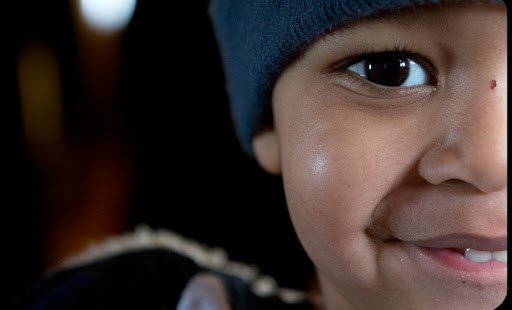 Why is sacrifice considered to be so bad today?

“Only have a child if you’re prepared for the consequences,” writes Tom Keane in his recent
Boston Globe
article.

The consequences to which he refers are not unfamiliar to the child/”child-free” debates that erupt every so often
in
online
media: kids are expensive, raising children is a thankless task, raising children is going to mess up your plans, parents will never sleep again. And from what I gather from my parents, those are all true things.

Want to know something else that is hard? Marching, living without air-conditioning in temperatures regularly over 100 degrees, and going on convoy. Or taking organic chemistry, learning how to slice into a living human’s brain, and telling parents that their child has leukemia.

I’m not saying that any of these roles—parent, soldier, surgeon—is difficult in the same way, or that they are qualitatively identical roles. Rather, the point is that rarely are the roles that we assume for both the common good and our own good the easiest roles, or those requiring the least of us.


Parenthood is a unique ordination to the common good (politically of the state, where parenthood brings about citizens to perpetuate the state; spiritually, because it brings about those who will be incorporated into the Church—properly, in terms of their corporeal being, ideally also as a secondary cause of the children’s integration into the Church). Thus, parenthood is a relationship that is necessarily other-ordered, because it is good that this other exist—as a physical manifestation of the parents’ marital love, as a member of the community into which they are born, and most importantly, for their own sake as a spontaneous and unrepeatable instance of humanity: as
this human being.

To be a parent requires that this other person intrude into one’s orbit of existence. While this is true of any relationship (to varying degrees), this intrusion is far more prominent in the case of parenthood due to the child’s dependence on the parent for everything for so many years.

An infant cannot feed or clean himself. A two-year-old still cannot, although by that point she can likely articulate how the parent ought to feed and clothe her. Children are not fully able to understand the world, and oftentimes communicate the existential crisis of living through shrill crying and tears. It is up to the parents to feed, clothe, and love the child, to offer comfort when being in the world is just too much. Lest parents think that this service ends when one’s child enters adulthood, rest assured that my own parents received a call about the existential crisis of existing in your twenties just yesterday.

Being a parent requires giving a lot. I’m sure there were times when my father would have rather gone hunting than have a princess tea party with his daughters (although he assures me otherwise); or at least, I’m sure that there is a time in his life when he would have done otherwise. I’m sure my mother would have much rather gone to bed many nights, rather than staying up to help with just one more pre-calculus equation. And yet, they had me, and as my parents, they put my well-being before their own.

Moreover, being a parent is a thankless vocation, certainly. Parents supersede the child’s existence (because biology, because logic),  and so as far as the child knows, in the ideal situation, the parents are like gravity or air: mostly unnoticeable and taken for granted until the moment they are not there. So when we look at parenthood, the ROI doesn’t look phenomenal.

This brings us to the question: Should interpersonal interactions that are ordered to a good superseding our individual good be quantified in economic scale? I will do this for you only if you do that for me? Is that really how we measure the good that we do?

Perhaps, if the articles on “child-free” existence are correct, that is. But is that how we want to look at the bringing of a child into the world—as a monetary investment?

This touches upon another aspect of western culture: the desire to quantify all. While I can quantify, and thus acknowledge the numeric good of, my salary, that number tells an observer nothing about my quality of life. Qualitative experiences are rather difficult to measure.

Many of these “child-free” articles reference the fact that the “child-free” are often happier than the “child-raising.” I hear a good night of sleep will do that for you. The underlying assumption there is that what is most pleasant is better for us than what is difficult. I suspect if we polled Med-Students against professional gamers, we might have similar responses. I know if I had been asked the month before I submitted my thesis to rate my “happiness” and polled it against someone not in graduate school, that report would present a strong argument against ever going to graduate school. However, in the case of my master’s, I can honestly say that the experience, including the tears and late night coffee sessions, made me a better person.


Perhaps parenting doesn’t make people happy all the time: it prevents them from going out like they once would, or keeping their hours their own. But in serving another, in making that self-gift to their child, parents learn to be selfless, to stretch beyond themselves.

On the anniversary of
Roe v. Wade, I have to reflect on the results that “fearing consequences” has reaped: About
1 in 4 pregnancies ends in abortion. The victims of these acts are primarily the children lost, but include the mothers and fathers as well, who have been told that abortion is not a big deal, only often to realize after the fact how big a deal it is. They were told to fear consequences, rather than encouraged to be brave and rise to the occasion. Certainly in some cases, such as rape, the level of courage asked for is great. In those cases all the more must we encourage and demonstrate the good that can come. If a woman has a child conceived in rape, and then gives that child up for adoption, she has embraced parenthood in a truly heroic manner.


Raising a child can be hard, in some situations harder than I could ever imagine. But let’s not fool ourselves: Difficulty and challenge are hardly reasons to refuse an undertaking. The good of raising kids is a good that goes beyond the good of the individual and touches into our interconnected experience as humans. It’s a way God calls us to union—with each other, with our community, and with Himself. I’d be disappointed if such an enormous task were easy.

Marina Olsonis a freelance journalist with a masters in theology from Ave Maria University, where her studies focused on both marriage and the family and systematic theology.