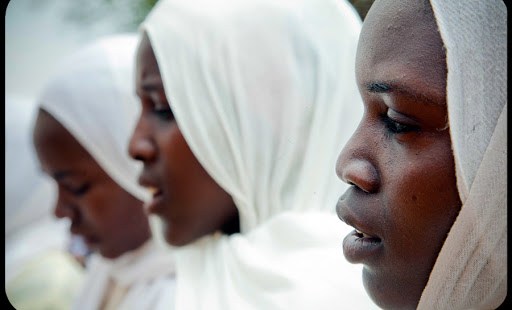 “We must seize from the present crisis an opportunity to re-found our nation on democratic principles of dialogue, inclusion, and respect for diversity, God’s gift to humanity.”

The Catholic bishops of Sudan and South Sudan have said South Sudan is at a turning point, urging repentance and reconciliation after an outbreak of violence killed hundreds of people.

“We are convinced that we stand at a decisive moment in the history of South Sudan. Fundamental choices must be made about how we deal with our past and present history, about how we govern ourselves as a nation, about how state institutions serve the poor,” the bishops said in a joint apostolic exhortation Jan. 30.

“We must seize from the present crisis an opportunity to re-found our nation on democratic principles of dialogue, inclusion, and respect for diversity, God's gift to humanity.”

The bishops proclaimed their “hope and expectation” that South Sudan will “rise above the crisis.”

The exhortation, addressed to the people of both countries, was produced by the extraordinary plenary assembly of the Sudan Catholic Bishops' Conference which met Jan. 21-31 in South Sudan's capital of Juba. Signatories included Cardinal Gabriel Zubeir Wako of the Sudanese capital Khartoum and Archbishop Paulino Lukudu Loro of Juba.

South Sudan won independence from its northern neighbor Sudan in 2011, years after the end of a bloody, decades-long civil war in 2005. In mid-December 2013, armed conflict broke out in South Sudan's capital of Juba following a power struggle between President Salva Kiir and former vice president Riek Machar.

The violence has killed over 1,000 people and displaced over 500,000 more, the International Business Times reports. Some killings have reportedly been targeted based on ethnicity.

The bishops said they were “shocked” by the violence and that the region is in “crisis” and faces perhaps one of its gravest situations ever.

“Our vision of a liberated nation in which all people will be equal and live in peace appears to be shattered,” they said, comparing the violence to the murder of Abel by Cain.

They said that God will judge “harshly” those who murder, rape and loot the innocent, and judge “even more harshly” those who incite violence or fail to prevent it. At the same time, they added, Jesus came “not to condemn but to redeem.”

“We invite the prodigal son to return to the family, the lost sheep to the fold, the sinner to right behavior,” the bishops said. “We call for repentance and conversion of heart. Let those who have committed atrocities admit it honestly. Admission of guilt is a virtue, not a weakness.”

Describing Sudanese history as “an open wound that desperately needs healing,” the bishops called for a rejection of “negative narratives” that “poison” social relations.