Is the Decrease in Abortions Really Due to Contraception? 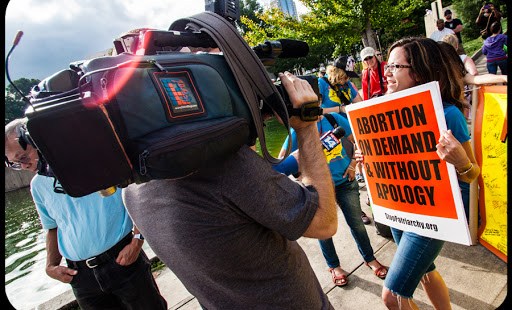 With Americans slowly coming to recognize the hard realities of abortion, supporters of the procedure seem to be in panic mode as a major political weapon and an enormous source of income is slowly chipped away. It is no surprise, then, that they frequently rely on extreme and dishonest rhetoric as their main weapon of choice, such as the non-existent “War on Women.”

Two weeks ago, CNN's Sally Kohn continued her march with the pro-abortion bandwagon, claiming that a link exists between domestic violence and opposition to abortion. Ben Johnson took that claim to task, noting numerous inaccuracies in Kohn's column, as well as Kohn's affinity for Iran's former president, Mahmoud Ahmadinejad.

Now Kohn is at it again, citing a newly-released Guttmacher study showing fewer abortions in America – by both rate and pure number – in order to claim that “contraception reduces unintended pregnancies, which in turn reduces the need for abortions.”

While this sounds like a strong thesis at first – Catholic teachings on the use of contraception put aside for the moment – Kohn's sophomoric logic falls apart when examined more closely.

First, in looking at the Guttmacher study, Libby Barnes of Live Action pointed out that while the study's authors “conjectured a link between the increased use of long-acting reversible contraceptives (LARC) and a lower abortion rate, [they]… never attempted to test for one.” Furthermore, as highlighted by Barnes and found on Page 8 of the study, the one LARC specifically referenced in the study is intrauterine devices, which are an abortifacient, not just a contraceptive.

Second, in late 2011, Sarah Kliff at The Washington Post's “Wonk Blog” examined a possible link between increased contraception use and decreased abortion rates. However, even her analysis – which I critiqued at the time for stretching reality – was summarized thusly: “No research has found a causal relationship” between increased contraception use and lower abortion rates. She closed by admitting: Contraception “could be one factor explaining why the abortion rate recently dropped, after years of holding steady” [emphasis added].

Third, Kohn's column includes a classic example of cherry-picking statistics. She cites one study of 9,000 teenagers who used contraception and had lower abortion rates. However, she ignores another study conducted from 1997 to 2007 showing that in Spain, contraception use increased 63% while abortion rates more than doubled. Of course, other factors may be in play, and correlation may not equal causation – something Kohn also turns a blind eye to.