The Sex Abuse Crisis is the Shame of the Church 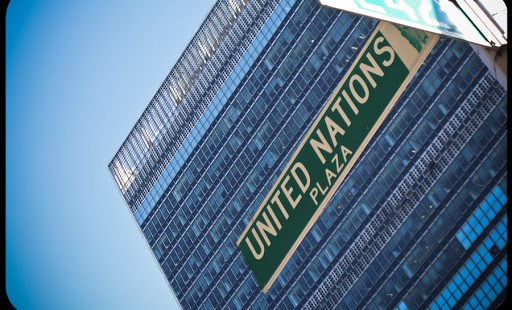 The U.N. has launched a salvo in its war against the Church’s moral teachings, but is that the only takeaway from its recent report?

The overreach was egregious.

When the U.N. Committee on the Rights of the Child, in its recent report assessing the Vatican’s response to the clergy sex abuse crisis, asked the Church to “review” its positions on abortion, contraception, fornication, homosexual activity, and same-sex marriage, it couldn’t really have expected to be taken seriously.

And yet, it pressed on.

Concerning abortion, the Committee bluntly asked the Church to change its teaching, “which places obvious risks on the life and health of pregnant girls,” as well as “to amend Canon 1398 [of the Church’s Canon Law] relating to abortion, with a view to identifying circumstances under which access to abortion services can be permitted.”

Concerning homosexuality, the Committee, while “noting as positive the progressive statement delivered in July 2013 by Pope Francis,” expressed concern “about the Holy See’s past statements and declarations on homosexuality which contribute to the social stigmatization of and violence against lesbian, gay, bisexual, and transgender adolescents and children raised by same sex couples.”

Concerning same-sex families, the Committee made known its dismay “that the Holy See and Church run institutions do not recognize the existence of diverse forms of families and often discriminate children on the basis of their family situation.”

Even the textbooks used in Catholic schools came under scrutiny: “The Committee also regrets that the Holy See did not provide precise information on the measures taken to promote equality between girls and boys and to remove gender stereotypes from Catholic schools textbooks as requested by the Committee in 1995.”

The UN Committee on the Rights of the Child clearly took its report as a salvo in its war against the Church’s moral teachings, teachings the U.N. sees as wildly out of step with its self-proclaimed “progressive” views. The Committee on the Rights of the Child, which consists of independent experts from 18 countries, is the monitoring body for the UN Treaty on the Rights of the Child, to which the Holy See is a signatory. But as Aleteia Expert Austin Ruse, president of the Catholic Family and Human Rights Institute (C-FAM) observed, “the Committee went far outside the scope of the treaty in asking the Church to change its timeless teachings on the sanctity of human life, homosexuality, fornication, and contraception. The treaty they monitor is silent on each of these issues. It is doubly disturbing that the committee was talking about these issues in the context of children. Such reports can only harm respect for international law and for genuine human rights.”

Similarly, Aleteia Expert Tim Drake, New Evangelization Coordinator for the Holdingford Area Catholic Community, affirmed: “the U.N. report highlights the tremendous modern divide between the sacred and the secular, with the U.N. committee of 18 squarely representing the secular. Clearly, the report goes beyond the U.N.'s scope, setting the organization up as a kind of parallel "church," which apparently feels that it has the authority to dictate to the Catholic Church. Such an overreach clearly crosses the boundaries between Church and State.”

In an interview with Vatican Radio, Archbishop Silvano Tomasi, Permanent Observer of the Holy See to the United Nations in Geneva, noted that the Committee’s report left out many steps the Church has taken to respond to the clergy sexual abuse crisis. Archbishop Tomasi’s first reaction to the report was “of surprise” at its “negative aspects.” He said the report looked “almost as if it were already prepared before the meeting of the Committee with the delegation of the Holy See” back in mid-January. In that January meeting, the Vatican “had given in detail precise responses on various points, which have not been reported in this conclusive document or at least have not seemed to be taken into serious consideration.”

Archbishop Tomasi also thought the report failed to see that the Church’s moral teachings are an expression of its religious liberty, and even accused non-governmental organizations, i.e. lobbying groups for gay marriage and other issues, of exerting their influence upon the report.

The U.N. Committee’s overreach may undermine its legitimate cause in seeking the protection and defense of victims of sexual abuse. So argued John L. Allen, Jr. in yesterday’s Boston Globe. Allen said that the report “may actually strengthen the hand of those still in denial in the Church on the abuse scandals by allowing them to style the UN report as all-too-familiar secular criticism driven by politics.”

The distraction created by the report’s unwarranted critique of Church teaching, contended Allen, also overshadows the ways in which the U.N. Committee and the Church are working toward common goals. “For instance, the panel suggests that a new papal commission on child protection, created by Pope Francis and announced in December, should be charged not only with investigating abuse charges, but also instances in which bishops are alleged to have dropped the ball in applying the Church’s new “zero tolerance” policy.” But as Allen reported, the work of Auxiliary Bishop Charles Scicluna of Malta, the Vatican prosecutor who brought Fr. Marcial Maciel Degollado, founder of the Legionaries of Christ, to justice, not to mention that of Cardinal Sean O’Malley of Boston, who declared in a May 2010 interview to the National Catholic Reporter that any bishop who knowingly transfers a priest facing credible charges of abuse “should be removed,” testifies that there are powerful clerics also keen on pursuing the Church’s “zero tolerance” policy.

Sadly, Allen’s account also makes clear that there are powerful forces within the Church–Allen cites the Italian bishops conference–that remain complacent about the crisis. The U.N. report refers to a culture of “impunity” for perpetrators. To whatever degree that culture still exists within the Church, it must be rooted out.

Serious misconceptions remain about just what the sexual abuse crisis actually consisted in. Tim Drake recalled a 2004 John Jay College of Criminal Justice study on the nature and scope of the crisis, which concluded that 81% of the allegations of abuse by clergy concerned male victims, of whom 78% percent were post-pubescent. “The U.N. report,” said Drake, “which criticizes the Church's teachings regarding human sexuality, might have examined the connection between disordered fraternal sexuality and the sexual abuse of teenage males. The report's failure to do so represents a rather sizable elephant sitting in the UN’s living room.”

But as true as Drake’s statements are, in one sense it doesn’t matter whether the victims of abuse were pre- or post-pubescent. What matters most is that there are victims, and the Church’s own priests made them so. To his great credit Archbishop Tomasi did not excuse the Church from its duty of remaining transparent in its continued response to the crisis: “We must insist on this policy of transparency,” he said, “of no tolerance of abuse, because even one single case of child abuse, is one case too much!”

Aleteia Expert Father Joseph Fessio had this to say about the current situation regarding the sexual abuse crisis here in the U.S.:

“The bishops, at least in the U.S. where I’m familiar with the situation, have instituted and implemented policies which protect the young—and so effectively that it is arguable that the young are safer in Catholic institutions than in any other institutions in the country, definitely including the public school system. So the U.N. report is way behind the curve on that issue in this country at least.

“And not only have offending priests been removed from ministry, but in an excess of caution on the part of the bishops, many innocent priests have suffered as well. So it is hard for anyone with all the facts in hand to fault the bishops—in recent years—for not preventing real or potential perpetrators from causing further harm.

“However, it is also the case that although bishops have held priests accountable, and taken decisive action, they have not been successful in dealing with the misdeeds of their brother bishops. The oft-repeated excuse that “If we had only known then what we know now…” will not hold up to scrutiny. In the case of pedophile priests, there is at least a mitigating factor that they have a psychological disorder. What can mitigate the responsibility of bishops who knowingly reassigned pedophile priests and took no other action? Here the U.N. report could perhaps have been helpful.

“Maybe this is an opportunity for the Church to respond: Though your report is very flawed, and you do not understand why Catholic teaching is something not even the Pope and bishops can change, we recognize the validity of some of your criticisms and we intend to take them to heart.”

The Church must indeed take some of the U.N. criticisms to heart, for in the end, the Church has only itself to blame for the grave misbehavior of its members. This crisis is the “shame of the Church,” as Pope Francis has called it, and so the Church’s vigilance in respect to justice must henceforth be total and uncompromising.

The ideological bluster of the UN report should not tempt us to forget that.