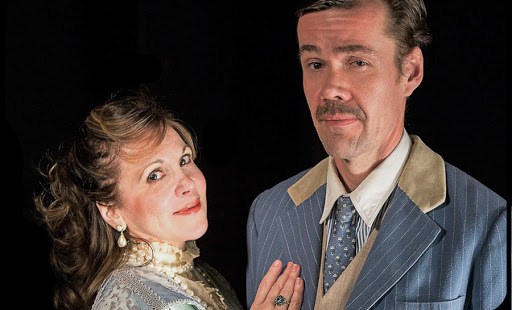 Another chance to the see the Stephen Sondheim classic.

The year is 1900, and in the Swedish countryside, nobility still reigns supreme. Here, dueling pistols are used to settle scores, maidens are married off to men thirty years their senior, and countesses and courtesans are one another’s allies.

Meet Desiree Armfeldt — the Desiree Armfeldt, known for her seductive powers — both onstage and off. Ten years after her extramarital fling with Fredrick Egerman, she still manages to have a hold on Fredrick’s heart — one that might jeopardize his new marriage with the very young Anne Egerman. Meanwhile, Anne is in love with Henrik, her stepson, who is training to be a Lutheran minister. Desiree, who has never managed to settle down, also has her fair share of suitors, most notably Count Carl Magnus (who also happens to be married to Anne’s friend, Charlotte Malcolm). As these fools attempt to sort out their love triangle — and the various shapes it takes along the way — Madame Armfeldt, Desiree’s mother, watches on during a weekend in the country that goes very wrong for some, and quite right for others.

First staged on Broadway in 1973 (later winning the Tony Award for Best Musical that year), Stephen Sondheim’s A Little Night Music has experienced numerous incarnations throughout the world. This new staging by The Gallery Players still manages to charm, even if some of its notes aren’t always on key.

The Gallery Players, located in Brooklyn’s Park Slope, has been impressing audiences since 1967, and I often look forward to the journey across the East River to see their fine productions. On a regular basis, they transform an intimate 99-seat theatre into a home that showcases great talent, combining seasoned performers with newcomers to the stage.

Headlining in this production is Rita Rehn as Desiree and Robbie Torres as Henrick, the star crossed lovers whose romance is both impossible and inevitable. Rehn, a stronger actress than she is a singer, is still commanding and elegant, and her performance builds over the course of the show. Torres offers a fine and sympathetic performance of a man still haunted and drawn to his first love but desperately seeking to be loyal to his wife. When Rehn and Torres unite in the show’s classic number, “Send in the Clowns,” they deliver all the heartache and all the bittersweet joy that has enshrined this song as a classic even today.

Judith Roberts provides the bulk of the show’s laughs as the quick-witted Madame Armfeldt. While she is perennially annoyed by her daughter’s antics, she is enough of a lover of good drama to subsidize them with her wealth. Emily Stokes strikes a fine balance as a whiny though kindhearted Anne, even with a few pitch problems. Kiley Caughey, as Anne’s maid Petra, is the show’s standout and her vivacious rendition of the unnecessary but ever-so delightful song, “The Miller’s Son,” is honest in its youthful yearning and inspiring in its audacity.

Under the direction of Max Grossman, the five-piece orchestra does much of the show’s heavy lifting, dutifully and delicately performing Sondheim’s masterful score, which is almost entirely written in 3/4-waltz time. The show’s general direction by Tom Rowan is not too ambitious, nor should it be; Night Music’s genius is in its simple ability to both enchant and bewilder, and the less a director has to work to make this happen, the greater his accomplishment.

“Where are the clowns?” Desiree asks in the show’s classic song. “Don’t bother; they’re here,” she concludes, after a puzzling and gut wrenching exchange with her beloved Henrick. While Desiree and Henrick might be the show’s two spotlighted clowns, we can only recognize them as that, as they’re representatives of the foolishness that we’re all too often prone to share in ourselves. Night Music is a classic tale of rash romance and impossible dreams somehow made real. And while it might not be enough to alter any present circumstances for those of us in attendance, it’s enough — and well worth the undertaking — to entrance us for a few hours until the night music dies down.

A Little Night Music is playing through February 16, 2014 at The Gallery Players in Brooklyn, New York. Music and Lyrics by Stephen Sondheim and Book by Hugh Wheeler. Directed by Tom Rowan, Music Direction by Max Grossman, and Choreography by Elyse Daye Hart. Starring Rita Rehn, Robbie Torres, and Judith Roberts.