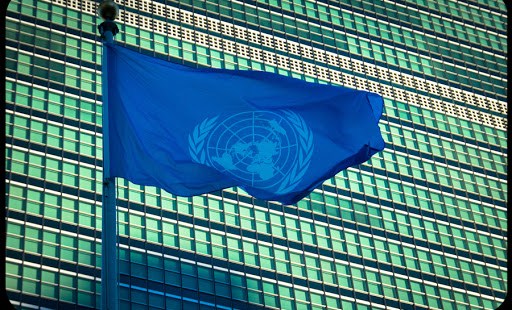 Vatican calls it an attack on the Church’s exercise of religious freedom.

The UN’s recommendations come one month after a delegation from the Holy See presented its report in January to the committee, along with Russia, Germany, Portugal, Congo and Yemen.

The extensive recommendation report, released by the UN Committee, expressed its concern with the Holy See’s response to allegations of abuse.

“The Committee is particularly concerned that in dealing with allegations of child sexual abuse, the Holy See has consistently placed the preservation of the reputation of the Church and the protection of the perpetrators above children’s best interests, as observed by several national commissions of inquiry,” the report stated.

The report recommended that the Holy See “strengthen its efforts” to ensure full cooperation with all legislative, administrative and judicial proceedings relevant to the protection of children.

In a statement released by the Secretariat of State, the Holy See said they will thoroughly study and examine the recommendations made by the report.

However, the Holy See expressed its regret for what they said was “an attempt to interfere with Catholic Church teaching on the dignity of the human person and in the exercise of religious freedom.”

The UN Committee criticized the Holy See’s position on homosexuality, stating it contributes to the “social stigmatization of and violence against lesbian, gay, bisexual and transgender adolescents and children raised by same sex couples.” The committee also urged that the Holy See condemns all forms of harassment and discrimination and support homosexuality.

The UN report fails to mention, however, the Holy See’s condemnation of discrimination and violence against homosexual people. The Catechism of the Catholic Church, states that while "homosexual acts are intrinsically disordered” and “close the sexual act to the gift of life”, homosexual men and women “must be accepted with respect, compassion, and sensitivity.”

“Every sign of unjust discrimination in their regard should be avoided. These persons are called to fulfill God's will in their lives and, if they are Christians, to unite to the sacrifice of the Lord's Cross the difficulties they may encounter from their condition,” the Catechism continues.

Sociologist and author of the book Pedofilia. Una battaglia che la Chiesa sta vincendo (Pedophilia: A Battle that the Church is Winning), Massimo Introvigne, has called the UN report an “intolerable violation of religious liberty.”

On the one hand, he says, sex abuse of minors is a reality among Catholic clergy, and has been acknowledged by Pope Francis and his predecessor. Nonetheless, Introvigne criticizes the report, saying it contains “exaggerated statistics and indiscriminate accusations.”

"Again they try to deflect attention from their extraordinarily devastating actions and talk of “church teaching” instead of bishops' behavior," she said in a Feb. 5th statement.

But Introvigne said the Church has repeatedly taken responsibility for those priests and bishops who have contributed to the abuse of children, and has taken drastic and effective measures to address the issue. “This document, however, is a sign that the tragedy of pedophile priests are used as a pretense… to attack the Church.”

The UN Committee also recommended the Church changes its position on abortion and contraception, despite the Convention on the Protection of Children calling for the defense of life and the protection of children before and after birth.

In its statement today, the Holy See reiterated its commitment to defending and protecting the rights of the child, "in line with the principles promoted by the Convention on the Rights of the Child and according to the moral and religious values offered by Catholic doctrine."