Why We Need More Fires in Winter 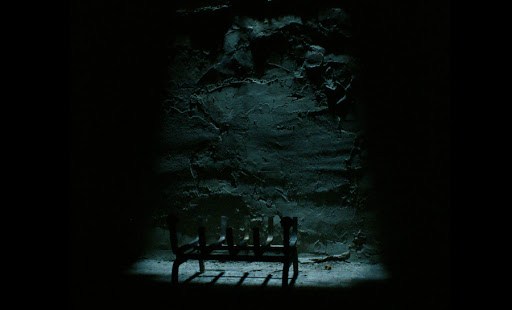 “Fire is a capital article. To have no fire, or a bad fire to sit by, is a most dismal thing. In such a state man and wife must be something out of the common way to be in good humor with each other…”

Perhaps Cobbett exaggerates (he often did), but it seems to me he is on to something (he often was) — something general, about human life, and something specific, about fire.

The general point is this: physical contexts matter. Physical environment is a significant factor in the quality of human presence and interaction. It’s hard to have a real conversation on a roller coaster or in a room where a television is on.

And the specific point is this: we need more fires in our homes. The evidence from experience is beyond question: there is something about a fire. We want to be in a room with a fire; it lifts our spirits, making us more congenial, social. We simply feel good and are better disposed toward whomever or whatever else is in the room. One mother reports that on winter days, her young children at home often get restless or downright irascible by late afternoon. Then she lights a fire in the living room, and as if by magic the children stop bickering and find something to do together in front of the fire.

Though it might seem like magic, the effect of a fire is in fact quite a matter of nature — the nature of man and the nature of fire. Much might be said about the various aspects of fire: the heat, quality of light, delightful scent, and gentle sounds, and the corresponding ways that it affects the human body and psyche. I cannot think of anything else in common human experience that has this amazing fourfold effect on our senses. Each of these four — warmth, light, scent, crackling — adds to the power of a fire to transform a cavernous space into a hearth, a room into a refuge from the troubles and frenzy of the world.

The interesting thing is that it’s not ultimately about the fire. It is as though the fire is a benevolent, unselfish agent, attracting attention to itself in such subtle fashion as to enhance the attention of people to one another. For the real capital article is the presence of persons, one to another.

The ever-changing yet fundamentally constant blaze leaves much room for — and complements, even —  conversation, reading, music, and play. Electronic devices such as the television provide an enlightening contrast; though the fire be ever so mesmerizing, we do not hush others so that we might attend to it. The television, on the other hand, seems to be voracious in its appetite for attention to itself alone.

Whence the dramatic difference? The beneficence of the hearth-fire, I think, will always remain something of a mystery. Surely part of its power is its primordial strength and beauty. Having a fire in the hearth is somewhat akin to having a wild lion purring in the corner of the room. Of all non-living substances, fire is perhaps the most ‘alive’ and active. But properly trained, as it were, it is a dependable and even deferent companion that is willing to reside peacefully nearby, though requiring regular feeding.

As things are, many of us are only able to have fires rarely, and some of us not at all. With some effort, this could change. Recent advances in fireplace, wood stove, flue, and chimney designs can not only make household fires more affordable and safe, but also more environmentally friendly.

I do not want to overstate the place of fires in the home. While fires are unique, and in some sense irreplaceable, the rich interaction of persons in the home is what is essentially irreplaceable. It is the truly capital article, which should govern how we think about the physical contexts in which we live. A good fire helps connect people, I suspect, because it helps connect us to deeper things… by speaking of a beautiful and warm belonging, one to another, that transcends the walls of our home and the here and now. There are certainly other ways that such personal presence should be cultivated and enhanced in the home. The fire, however, will retain a special place in our hearths, and our hearts.

Cobbett gives us one more image: “If we suppose the great Creator to condescend to survey his works in detail, what object can be so pleasing to him as that of the laborer, after his return from the toils of a cold winter day, sitting with his wife and children round a cheerful fire, while the wind whistles in the chimney and the rain pelts the roof?”

Dr. John Cuddeback, professor of philosophy at Christendom College, is a member of the Aleteia board of experts and author of one of the most exciting new blogs on the digital horizon, Bacon from Acorns, devoted to the oft-neglected "philosophy of household." He is also the author of True Friendship: Where Virtue Becomes Happiness. John has a gift for making classical wisdom relevant to all the small, and not so small, details of daily life in the contemporary world.