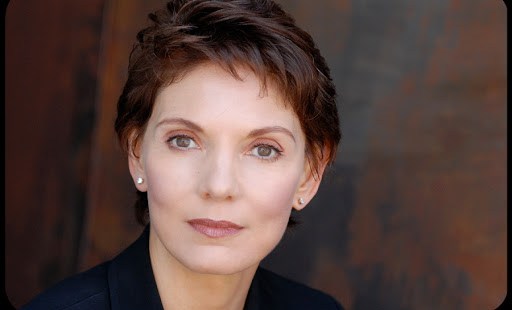 Honored for her work exposing forced abortion, gendercide, and sexual slavery in China.

Reggie Littlejohn, known for her work opposing forced abortion and gendercide in China, has been named as one of “Inside the Vatican’s” “Top 10 People of 2013” for her heroic efforts in helping women.

“This honor came as a complete shock to me.  I did not even know that I was being considered for this,” Littlejohn told CNA in a Feb. 5 interview, adding that “It’s a bit overwhelming to have my photo on the front cover with two Popes, surrounded by the other ‘Top Ten’ people from all over the world, all of whom seem far more heroic than I!”

Littlejohn is the founder and president of “Women’s Rights Without Frontiers,” an international coalition aimed at exposing forced abortion, gendercide, and sexual slavery in China.

In addition to her advocacy for China's women, Littlejohn also led the international effort to free Chinese activist Chen Guangcheng, who arrived in the United States in May, 2013.

Alongside her nomination for “Inside the Vatican,” a monthly magazine relating to topics within the Roman Curia, Littlejohn is also slated to receive the “Cardinal John J. O’Connor Pro-Life Award” from Legatus on Feb. 7, which is a membership organization for top-ranking Catholic business leaders.

Responding the organization’s declaration of her “extraordinary witness and heroic actions in defense of the unborn,” Littlejohn emphasized that “the true heroes are the women in China who are running to escape a forced abortion, or who are refusing to abort their babies just because they are girls.”

“It is on behalf of these heroic women that I will accept this award,” she stated, repeating that they are the “true heroes in this battle against coercive population control in China.”

On behalf of her organization, Littlejohn expressed that “we are very grateful to ‘Inside the Vatican’ for raising the visibility of the work of ‘Women’s Rights Without Frontiers’ in China.”

“It can feel like such a lonely battle, and every new report of a forced abortion or sterilization can be discouraging,” she continued, adding that “this accolade has given us some much-needed encouragement to keep going.”

Highlighting the fact that many people believe China’s “brutal” one-child policy is coming to an end, Littlejohn affirmed that “this is untrue,” explaining that the policy has merely been “adjusted to allow couples have a second child if either parent is an only child.”

Despite this adjustment, Littlejohn emphasized that “even these couples will still need a Birth Permit for each child,” and that “without this government-issued Permit, the pregnancy is illegal and the mother is at high risk of forced abortion.”

The high amount of “speculation that the sex-selective abortion and abandonment of baby girls will decrease” due to the law’s adjustment is “unwarranted,” Littlejohn noted, observing that “gendercide” is actually “increasing” in both China and India.

“Until we have reliable statistics demonstrating that the gender ratios are equalizing, any declaration that gendercide is subsiding is premature.”

“In the meantime,” she said, “we need to continue the battle to save baby girls for being targeted for termination.”

In order to do this, Littlejohn revealed that her organization has “an underground network of fieldworkers” in China, who, when they learn of a woman that is planning to abort or abandon her child because it is a girl, go to the mother an council her to keep her daughter.

Noting that her organization offers the mothers “support for a year,” Littlejohn explained that “we have about a 95% success rate,” and that “women will keep their daughters with our help and support.”

“When I look at the faces of the girls we are saving in China – I can’t even describe how I feel.  It’s what gets me up in the morning!”

In addition to the work she does through her organization, Littlejohn and her husband have also taken into their home the two daughters of dissident Zhang Lin, a pro-democracy activist imprisoned last year for protesting the Chinese government's actions in detaining his 10-year-old daughter, Anni, and denying her the right to go to school, and are “raising them as a part” of their “family.”