The Trenches of Evangelization? The Fashion Industry 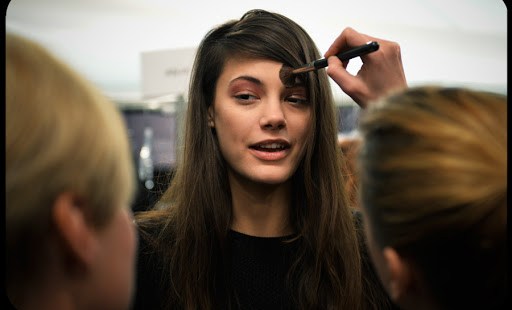 Catholics used to dominate the arts. We can do it again.

Through the centuries, the Catholic Church had always been the patron of the arts; only in about the last century has that dramatically changed, just as the world began a precipitous downward spiral into alarming moral decay.  Such a fast progression has occurred and so much has changed between what was normal and acceptable in 1900 to what is normal and acceptable now.  It was a century that truly showcased Satan’s full reign.

After undergoing so much change, many practicing Catholics have withdrawn themselves from numerous industries and fields such as film and fashion, or have started their own endeavors that are run by Catholics and are really only for Catholics.  Though commendable in their own right, such approaches won’t go far in the way of evangelization. Catholics should directing their endeavors toward a broader audience – namely secular society – if they are to have true impact.  So while modest-wear bloggers shouldn’t quit what they are doing, it is not enough –  we need Catholics who are actually working in fashion, film, music, and the like who are creating and guiding projects that reach millions of people.

We need people in the trenches.  We need Catholics at the fashion weeks around the world, at fittings, fashion magazine editorial meetings, on the runway; we need to be the ones dressings celebrities for red carpet events and designing the latest and greatest in fashion.  Catholics should be in all facets of fashion and film, but in particular, the need for a Catholic presence in fashion is perhaps even greater as so few even attempt to enter into the field.

Among the many reasons for the general dearth of Catholics in the industry, it seems that the environment and conflict that they might encounter is one that drives many away.  Is the culture in fashion very secular? Yes, it is.  However, isn’t that one of the first places we are called to go – to work with and touch the lives of those who lack a spiritual life, who ramble about, lost as sheep without a Shepherd? Unless we are there in the fashion field with, they may never come to know Christ. How will they know that true and lasting joy doesn’t come from the material items that we work with and create in fashion, but from Jesus Himself?  It’s not even necessary to say anything about who you are, or wear your religion on your sleeve; your convictions, your witness can be seen without one ever having to speak a word about being Catholic – and this is a quality that attracts and intrigues.  People want that joy, that peace and consolation that they see on your face; they see a certain decorum in your being, and your presence alone will demand their attention because you bring something that they are after, but have yet to find.  You have the pearl they are looking for, and only by having contact with them – by being amongst them and being one of them – can you even hope to effect a change in them.

Our Lord Himself said: “I have not come to call the righteous, but sinners to repentance” (Luke 5:32). So, too, are we called to imitate Him who became one of us in order to save us. And likewise, in a sense, we must become like our brethren by immersing ourselves in their world in order to save them. It’s often surprising how so many are receptive to one’s beliefs, their souls like the parched desert thirsting for water. I believe that a great part of their openness to beauty and truth of the authentic living of the Catholic faith stems from their very beings. As artists, they have a special link to the Divine; they especially have an incredibly strong desire to create and to touch beauty, and since their lives are centered around art, a portion of their soul is very acute and open to beauty wherever it is found. Yes, there are those completely hostile to what one represents; there are those that have an agenda and work hard to implement it. There will be trials, temptations, and dark times where you’ll question if you’re doing the right thing – but we have to be right there, in the thick of the battle.

Sequoia Sierra is a Los Angeles based stylist and designer, working in television, film, and editorials in addition to other entrepreneurial endeavors. Sequoia is also a professed Lay Order Norbertine of Premontre under St. Michael's Abbey in Silverado, CA. Some of her work can be viewed at www.SequoiaSierra.com.