Economics As If People Mattered 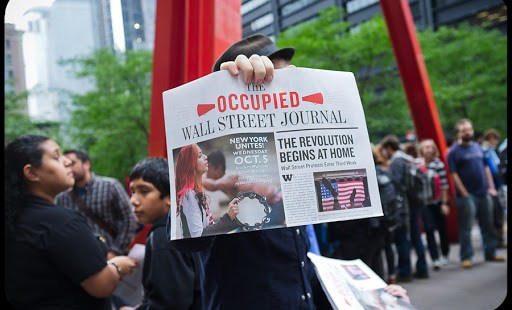 For a Catholic, the economic question is not whether to be for or against the market, but how to make the market as human as possible. Here’s one way how.

As CEO of his own mid-sized environmental consulting firm, John Mundell has over twenty years to practice his “welcome to the firm” speech. “In it, I always explain that we operate a little differently.” That’s when the new hires learn that the definition of success at Mundell & Associates includes taking a portion of the profits and using them to help communities in need worldwide.

“I don’t get into the fact that my family and I are members of the Focolare movement or even that my business is part of the Economy of Communion network,” he adds, since most new employees seem satisfied with a simpler description of the company mission.

“A couple of years after the we started the company, however, two of our young associates asked to see me for a minute,” Mundell says with a chuckle. After he closed his door, one of them said, “We just have a question.  We have noticed that there’s something different going on here—really different. And we’d just like to know more about what it is.”

One difference with this company is that, from a Catholic perspective, it is part of a grassroots revolution in applying the principles of Catholic social teachings to everyday life—including business life. So if you want to understand where Pope Francis and before him, Pope Benedict (who specifically mentioned the “economy of communion” in his 2009 encyclical, Caritas in Veritate), are “coming from,” we need to review some recent history leading up to this revolution in thought and action.

When Pope John Paul II’s encyclical Centesimus Annus appeared in 1991, some American observers read it as a break with Church tradition, suggesting it somehow endorsed a particular set of economic arrangements—i.e., those of American-style free market capitalism, also known as neoliberalism.

Focolare’s founder, Chiara Lubich, read the document rather differently—perhaps more presciently, in fact.  She did not read the Pope as bestowing a blessing on “business as usual.” Instead, she saw him calling for a social economy that was capable of orienting capitalistic society toward the common good rather than individualistic consumerism. Unblinkered by any technical training in economics, Lubich’s own thinking about society and business drew a special guest to one the Focolare meetings in Poland in 1978: none other than the Archbishop of Krakow himself, Karol Wojtyla, soon to become Pope John Paul II. The future pope’s  interest in the meeting and in Focolare generally was due to the heightened awareness of this group to the interrelationship between spirituality and socioeconomic life. The Focolare movement’s special charism of unity, one which grew to include an “economy of the gift,” with its values of cooperation, sharing and justice, was extending outward from an initial focus on family life to an influence upon the larger community. This relational economy was indeed a form of capitalism but with a strong emphasis on the human person rather than on a deterministic confidence in an “invisible hand.”