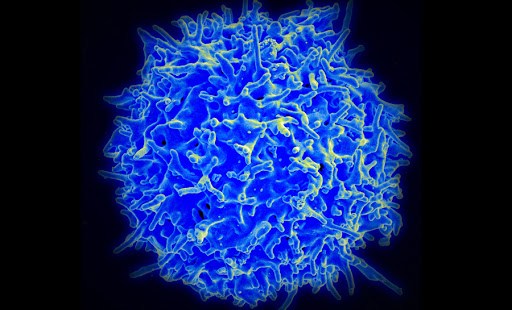 Scientists won’t need to use embryonic stem cells, but the technique might be used for cloning.

Remarkable advancements in stem cell biology are enabling scientists to reprogram mature cells into a variety of different tissues – but experts say these methods should be used carefully to avoid ethical questions and inadvertent cloning.

While the new technology is an “exciting and surprising development,” said Brendan Foht, assistant editor of “The New Atlantis” bioethics journal, “some important scientific and ethical questions need to be addressed” before the technique is applied to human cell therapy.

“The scientists found that the cells made through this technique seemed to have even more developmental potential than embryonic stem cells,” and are able to turn into a variety of embryonic and placental tissue in addition to a range of adult tissues.

The new mechanism produces “stimulus triggered acquisition of pluripotency” or STAP cells, which uses stressful situations, such as acid baths, to trigger adult animal cells into a re-programed state where they can develop into a wide range of tissues.

Findings were detailed in two papers published in the scientific journal “Nature” on Jan. 29, involving research from the RIKEN Center for Developmental Biology in Japan as well as the Women's Hospital and Harvard Medical School in the United States.

The reprogrammed cells showed “totipotency,” or the ability to turn into embryonic and placental tissue, but did not on their own have the ability to be grown for extended periods of time.

However, when scientists altered certain aspects of the cell culture, the some STAP cells were able to replicate and grow – some displaying qualities like existing pluripotent stem cells that can morph into a variety of tissue, and others maintaining totipotent ability to grow into embryonic and placental tissue.

“It’s exciting to think about the new possibilities these findings open up, not only in areas like regenerative medicine, but perhaps in the study of cellular senescence and cancer as well,” said Haruko Obokata, who lead the project at RIKEN.

“But the greatest challenge for me going forward will be to dig deeper into the underlying mechanisms,” Obokata said, “so that we can gain a deeper understanding of how differentiated cells can convert to such an extraordinarily pluripotent state.”

Foht said that while the development is exciting and may “really provide an easy source of pluripotent stem cells for regenerative medicine and research,” further research and ethical inquiry is needed to determine “under what conditions these cells are totipotent and have the character of embryos.”

He pointed out that Charles Vacanti, co-leader of the Harvard STAP cell project, told the “New Scientist” news source that “you can very easily, from a drop of blood and simple techniques, create a perfect identical twin.”

Vacanti also mentioned that he asked an unnamed collaborator to look further into the cloning applications of this technology, and that this partner was able to reprogram a mouse's white blood cell to form into an embryo and then into a mouse fetus.

He added that the purpose of the experiment is not to investigate cloning further but rather to understand the mechanisms behind the new technology.

Foht weighed in that while many are worried about the ability of people to willfully misuse the technique for human cloning, “we should be perhaps more worried that the reckless use of this technique will inadvertently create cloned human embryos in the process of making stem cells.”

He argued for continued research into how to manipulate STAP cells, saying that it “might provide knowledge that will be useful for those who would misuse this technique” for human cloning, and that “such misuses can be prevented by strong legal prohibitions.”

If the mechanism behind STAP cells is further investigated and understood, Foht reflected, “when we start using this technique on human cells, we can be sure that we are using it in a way that does not create human embryos.”