The Shame of the Catholic Subculture 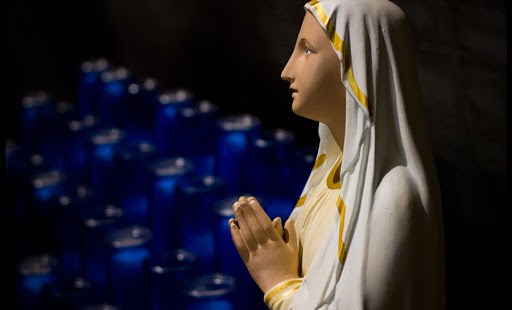 Come on.  You have noticed it too. The Catholic Church, which once evoked the phrase “Here comes everybody” (James Joyce) now brings to mind a narrow, fairly homogenous fragment of a slice of a piece of mankind. Sure, if you’re using the phrase sociologically, or even to include all the people who go to Mass more than twice a year, you can still pretend that the Church contains a wide swath of humanity, from illegal immigrant landscapers with Guadalupe tattoos to shark-suited neoconservatives working for military contractors on K Street, and everything in between. In that sense, the beer-sodden Kennedy voters at Boston’s Fenway Park are every bit as a Catholic as the pope.

But let’s use language a good deal more precisely, in a doctrinally rigorous sense. How many people in America actually believe all the central truths of the Catholic Catechism?  Public opinion surveys have revealed that high percentages of Sunday Mass-goers do not hold, or perhaps never learned about, transubstantiation (the change of bread and wine into Christ’s body and blood in the Eucharist). Depending on which faction of the Catholic fragment you belong to, you can chalk up that ignorance to either the collapse of Catholic schooling, the dumbing down of the liturgy, or even to the suppression during the 1970s of the “unconscious catechesis” that used to occur every time the most unlettered peasant knelt for the Host and reverently took it on his tongue from the blessed hands of a priest.

I don’t know that public opinion surveys have asked “Sunday Catholics” what they believe about the physical resurrection of Christ, or the Immaculate Conception, but if average Catholics believe what I was taught in my Catholic high school, then they are heretics – and probably don’t even know or care.

Practice is not a perfect mirror of what we believe, but surely it tells us something that the rates of divorce, premarital sex, and cohabitation are not a whit lower (and in some cases higher) among Roman Catholics than among most churchgoing Protestants. The explosive growth of annulments is partly an outright abuse on the part of bishops, and partly a recognition that many Catholics enter the sacrament with “defective intent.” Remember that if either party going into a marriage considers divorce and remarriage a possible option it invalidates the marriage. So most of the annulments given out nowadays are quite likely valid – unlike too many Catholic weddings.

There are simple, radical, unpopular steps our bishops could take to stem the collapse of Catholic marriage, but we can see from the case of the German bishops the course they are far more likely to take: to throw out the principle of indissoluble marriage altogether, and shrug off the jurisdiction over marriage that the Church took on at the Council of Trent, leaving it to individual consciences to discern whether one’s first Catholic marriage was invalid, and his second civil marriage in fact sacramental.

The elephant in the bedroom, of course, is contraception. The highest, the very highest, number I have ever seen cited for Catholics who accept and obey the Church’s ban on artificial contraception is 5 percent. Now, you could argue that there are large numbers of Catholics who admit that the Church is right on this subject, but they just find the teaching too hard to practice, and so they flout it. I don’t buy that argument; a Catholic with such a conscience, who believed that he was regularly committing a mortal sin, would know enough to avoid Holy Communion.  Short Communion lines and long Confession lines would be the direct result.

Outside of Latin Mass parishes where most families include five children or more, I have never seen such lines. Have you? Then scratch that theory. Most Catholics who practice contraception have convinced themselves or been convinced that they can do so with a clear conscience.

The implication of this sad fact is clear:  On a grave moral issue where several popes have invoked their full moral authority short of making an infallible declaration, 95 percent of U.S. Catholics (the number is surely higher in most of Europe) have rejected the guidance of Rome. They are not “bad Catholics” so much members of a new, dissenting sect – which happens to occupy most of the seats in most of the churches, and many of the pulpits and bishop’s offices, too.