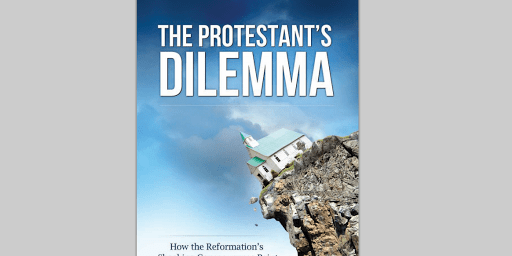 Originally self-published, Rose’s book is being re-released by Catholic Answers.

Atheist to Catholic convert and apologist Devin Rose has a new book out from Catholic Answers entitled The Protestant's Dilemma. The book's unique rhetorical angle is to assume that Protestantism is true, and then to show how it leads to absurd conclusions given various facts about history and Scripture. Catholicism, on the other hand, is shown to lead to reasonable conclusions.

Rose self-published an earlier version of the book with the title If Protestantism Is True in the summer of 2011. With a successful low-budget, blog-to-blog marketing campaign, the book took off and sold thousands of copies. Catholics Answers took notice and offered to help him edit a new version and re-publish it. With the release of The Protestant's Dilemma, If Protestantism Is True has been discontinued (though you can find used copies on Amazon for upwards of $125!).

The website for The Protestant's Dilemma, which has options for buying print or ebook versions, has some impressive endorsements from other well known Catholic converts and authors Brandon Vogt, Taylor Marshall, and Francis Beckwith.

Below is a great interview with Rose about the book with Catholic Answers Senior Apologist Jimmy Akin: