Just Saying No to Eros 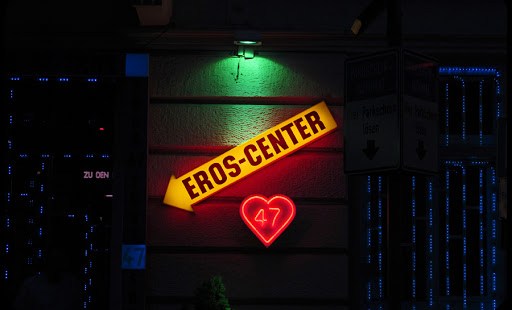 How saying no to Cupid can be the key to our love life.

February: the month of chocolates, flowers, and hearts; that month when the color red appears everywhere we look. We see and hear much of Cupid, god of desire and son of Venus. While his reputation is not exactly lily pure, by and large this time of year his influence is invoked and sought. We do not often hear of the need to just say no to Cupid — and here I mean much more than just saying no to sexual promiscuity.

Romantic love, also called eros after the Greek name for Roman Cupid, has an essential and beautiful place in human life — that is, when it is properly ordered and disciplined. But there are also many instances when eros simply needs to be resisted, or rejected altogether. I propose, with no disrespect to the beauty of well-ordered eros — indeed, it is out of respect — to reflect on the importance of such rejection.

If we are to be true to ourselves, those around us, and to the divine plan for us, the simple fact is that most of us need to say no to eros at some point, and often again and again throughout our lives. What do I mean by eros? Here I mean romantic attraction, including the forms that can seem or even be, at least at first, very innocent.

As many have learned, perhaps to their surprise, being happily married does not preclude the possibility of romantic attraction to someone other than one’s spouse. Traditional norms of fidelity clearly prohibit extramarital physical intimacy. But the need to forego any romantic intimacy — which need not be physical — is not always apprehended. The marital commitment, itself the proper locus of eros, calls for a real exclusivity: not excluding all other relationships but indeed excluding any other romantic relationship.

It is thus that many of us who are married will have occasion to just say no to eros. It is incumbent upon all married persons, both away from and in the home, to cultivate habits of total fidelity. Our very demeanor, even while being warm and welcoming to others, must clearly proclaim that there is no place for Cupid here, for this heart is already bound to another.

But it is not only the married (and those whose vocation commits them to celibacy, by binding them to something or someone else) who must be prepared to say no. Common understanding and practice suggests that starting at the age of puberty, or at least soon thereafter, the high season for eros has arrived. In reality, most teenagers today (and indeed some post-teenagers) are not prepared for the challenges and demands of a romantic relationship. Given the intrinsic connection between eros and marriage, a reasonable readiness for marriage is a prerequisite for readiness for romance. It requires the maturity to understand that so much more than just the subjective experience of attraction, true eros is determined by one’s relationship to God as well as by the highest good of the one loved.  In over two decades of working with college students, I have seen how many young people make the mistake of entering romantic relationships — often very exclusive ones — before they are ready to do so.

One of the greatest stories of tragic romantic love is that of Virgil’s Aeneas and Dido. Dido, the young widowed queen of Carthage, comes under Cupid’s sway when Aeneas is shipwrecked nearby. Falling in love, they live as though married; indeed, later Dido will claim that they were married. During their affair, both are forgetful of their duties: Aeneas of his mission to found Rome with the other survivors from Troy, and Dido of her plan to build up the city of Carthage. Seeing what is going on, Zeus sends Mercury to make clear to Aeneas that his romantic involvement is contrary to the divine plan and that he needs to get going toward Italy.