Pope: Eucharist Helps Us to See the Face of Christ in Others 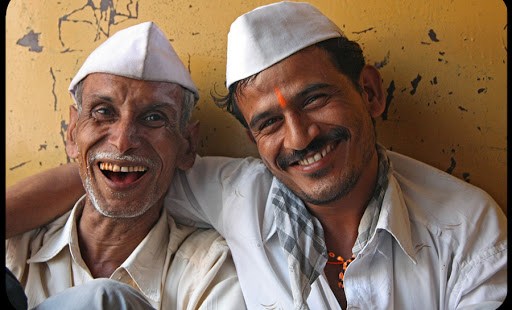 “Does the Eucharist lead us to reach out to the poor, to the sick, to the marginalized, seeing the face of Jesus in them?”

During his general audience, Pope Francis reflected on how we live the Eucharist in our daily lives, explaining that it helps us to truly encounter others as a community, and opens us to God’s mercy.

“In the Mass we encounter many people, but do we really see them as brothers and sisters? Does the Eucharist lead us to reach out to the poor, to the sick, to the marginalized, seeing the face of Jesus in them?” the Pope asked during his Feb. 12 general audience.

Speaking to those gathered in St. Peter’s Square for his weekly address, the pontiff continued his reflections on the Sacraments of Initiation, stating that he now wished to explore “how we live the Eucharist in our daily lives, as a Church and individual Christians.”

“There are some specific indicators that help us in this sense,” he explained, noting that “the first is the way of relating with others.”

“In his life, Christ manifested his love by being with people,” and he “liked to be with the people, sharing their longings, problems and worries,” highlighted the Pope, emphasizing that “so too the Eucharist brings us together with others – young and old, poor and affluent, neighbors and visitors.”

Because of this, “the Eucharist calls us to see all of them as our brothers and sisters, and to see in them the face of Christ.”

Secondly, the pontiff expressed that we are able to live the Eucharist in our daily lives because “we experience the forgiveness of God and the call to forgive,” explaining that “whoever celebrates the Eucharist does not do so because he is better than the others, but because he recognizes his need for God's mercy.”

“We celebrate the Eucharist not because we are worthy, but because we recognize our need for God’s mercy, incarnate in Jesus Christ.”

Pope Francis then went on to explain how this sacrament renews for us “the gift of the Body and Blood of Christ for the remission of sins,” and that our hearts are then “enlarged to receive and show mercy.”

Finally, he said, “in the Eucharistic celebration, we are nourished as the Christian community by Christ’s Word and Life,” stressing that there is “coherence between the liturgy and the life of our communities.”

“The Eucharist is not a mere memory of some sayings and actions of Jesus,” explained the Pope, but rather “it is the word and gift of Christ's presence here that comes to us and nourishes us with his Word and his life.”

“It is from the Eucharist that the Church receives continually her identity and mission,” continued the pontiff, adding that through our celebration of the sacrament “Christ fills us with his grace, so that our lives may be consonant with our worship of God in the Liturgy.”

“Let us live the Eucharist in a spirit of faith and prayer, with the certainty that the Lord will bring to fulfillment all that he has promised,” the Pope prayed as he concluded his address.

He then extended his personal greetings to the thousands of pilgrims present from various countries all over the world, including those from England, Denmark, Hong Kong, Spain, Argentina, Mexico, and the United States.

“I invite all to live the Eucharist with the spirit of faith and prayer,” he said, “knowing that whoever eats the Body of Christ and drinks his Blood will have eternal life.”