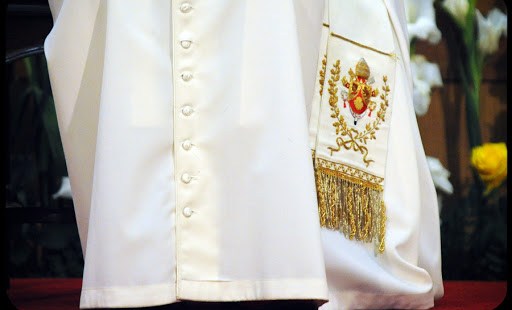 Msgr. Whitmore is among those who hope “very much” that Benedict XVI will be named a Doctor of the Church because he was “such a great teacher.”

A former translator of Benedict XVI has predicted that the retired pontiff’s legacy will only grow, given the “wonderful freshness” and clarity of his writings.

“I think the judgment of history will be very kind, very generous, because once all the topical controversies have moved into the past, people will see what he said in all of its luminous clarity,” Monsignor Philip Whitmore, Rector of the English College in Rome, told CNA Feb. 10.

Pope Benedict XVI announced his resignation from the papacy on Feb. 11, 2013. He said that he no longer had the strength to continue the duties required by his role. He moved to Mater Ecclesiae Monastery in Vatican City, where he spends much of his time in prayer.

Msgr. Whitmore has lived in Rome for 15 years, working in the Roman Curia. He became a college rector in September 2013.

He knew Pope Benedict XVI before his 2005 election to the papacy, when the man then known as Cardinal Joseph Ratzinger headed the Congregation for the Doctrine of the Faith. Msgr. Whitmore helped the congregation in its English-language work before it expanded its staff.

He noted the retired Pope’s homilies, encyclicals, and speeches during his world travels, particularly singling out for praise Benedict XVI’s “Jesus of Nazareth” books.

Msgr. Whitmore worked for five years in the Congregation for Bishops and for nine years in the Holy See’s Secretariat of State. Under Benedict XVI, he prepared drafts and translations of many papal writings before sending them to the papal apartment for approval.

“If he approved of them, he’d have ‘B16’ written underneath in tiny, tiny writing,” the priest said. “He has about the smallest writing of anyone I’d ever known.”

He said the Pope’s “substantial” body of teaching will be read “not only for years, but, I think, centuries.”