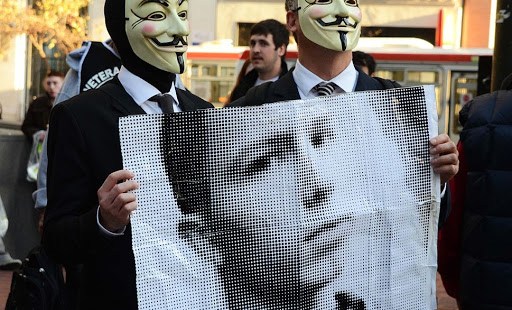 The 2014 report from the World Press Freedom Index ranks the United States 46th in the world for press freedom, citing revelations about NSA spying from Edward Snowden and crackdowns on whistleblowers by the Obama administration. The U.S.'s ranking is thirteen places lower than its ranking last year.

The report points to the September 11th, 2001 attacks as the beginning of current threats to press freedom in the U.S., saying that "the heritage of the 1776 constitution was shaken to its foundations during George W. Bush’s two terms as president by the way journalists were harassed and even imprisoned for refusing to reveal their sources or surrender their files to federal judicial officials."

The report laments there has been "little improvement in practice under Barack Obama," saying there has only been a change in tactics: "Rather than pursuing journalists, the emphasis has been on going after their sources, but often using the journalist to identify them." Specific examples cited by the report include Julian Assuange, Edward Snowden, Bradley Manning, and Barrett Brown.

The top sixteen countries in the ranking are European, with the top five spots being held by Finland, the Netherlands, Norway, Luxembourg, and Andorra. The highest ranked non-European country is Jamaica, followed by Canada, ranked 17th and 18th respectively.

The full report can be viewed here.