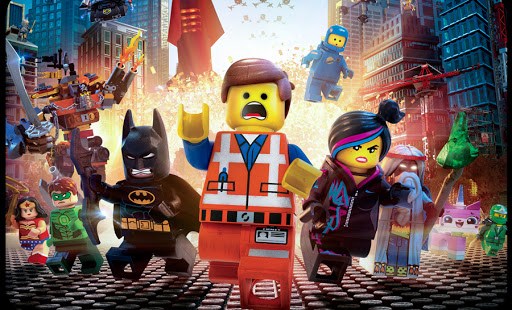 The funniest movie of the year?

Back in 1930, a couple of years after the release of the first ever synchronized-sound cartoon, “Steamboat Willie”, Walt Disney commissioned the first ever stuffed doll of its star, Mickey Mouse. The effect on children worldwide was instantaneous – they went nuts, demanding that parents everywhere rush to stores to buy one immediately before somebody else snatched them all up. Yes, for almost as long as there has been cinema, there has been movie tie-in toys.

Still, it probably wasn't until Hasbro launched its G. I. Joe: A Real American Hero line of action figures in 1982 that someone got the bright idea to make the toys first and then worry about the movies and TV shows later. Sure, it's not the usual way one goes about producing art, but hey, at least give them some credit for being honest about their intentions. Besides, it worked. The G. I. Joe show became a runaway hit, and stores couldn't keep the colorfully named characters on the shelf (except for maybe Dial Tone, because what kid wants an action figure whose only battle accessory is a phone?). The result is that hundreds of millions of dollars and a few decades later, Hollywood and Madison Avenue are still teaming up to crank out films based on existing product lines: Battleship, Transformers, Masters of the Universe, Bratz (can you believe it… Bratz?) – the list goes on and on. If the suits think there's a buck to be made from a brand, they'll churn out a movie based on it. Not good movies, mind you, but movies just the same.

And so it is that we come to the latest in this long line of cynically produced efforts in profiteering, The Lego Movie. Apparently not content with the billions of toy bricks they've sold over the years – not to mention the countless books, clothing lines, TV shows, video games, and retail outlets that have spun off from them – the Lego Group has decided that what they really, really need is an intake of box office money.

Well, guess what… if they keep making things as good as The Lego Movie, then they can have it. In what has to be the biggest surprise to show up in theaters so far this year, The Lego Movie turns out to be better than any other animated feature to hit the big screen in a long, long time (and yes, that includes Disney's Frozen). “Now, hold on,” you might be saying. “That sounds a bit over-the-top. Are you sure the movie earns such high praise based on its own merits, or simply because the previous year's animated efforts proved to be so lackluster?” Well, let's talk about that.

The story is a fairly simple one; the evil Lord Business, a.k.a. President Business (Will Ferrell), has grown tired of the constant building, tearing down, and rebuilding going on in the Lego world. To put an end to this activity, he launches an attack against the wizard Vitruvius (Morgan Freeman) in order to steal the Kragle, a mysterious object that has the power to keep things fixed in place for eternity once they've been properly constructed according to the instruction booklet. Business successfully obtains the Kragle, however, and Vitruviius warns him that a prophesied person known as the Special will arise, locate the legendary Piece of Resistance, and put an end to Business's evil machinations.

After that opening, we're introduced to Emmet Brickowski (Chris Pratt), a rather generic construction worker who eats the same breakfast as everybody else (croissants), who watches the same television show as everybody else (“Honey, Where's My Pants?”), who listens to the same song over and over again that everybody else listens to over and over again (“Everything Is Awesome!”), who… well, you get the idea. Emmet's life is ordered and monotonous, and he, like most of Lego City, likes it that way. But one day after work, Emmet notices a strange yet attractive figure sifting through the construction site and decides to investigate. Falling through a hole in the ground, Emmet discovers the Piece of Resistance, and, upon touching it, immediately passes out.

When Emmet awakes, he finds to his horror that he is in the custody of Bad Cop (Liam Neeson), the man tasked by President Business with finding and destroying both the Piece of Resistance and the Special. Before Bad Cop can carry out his orders, though, Emmet is rescued by Wyldstyle (Elizabeth Banks), the girl he had been following at the construction site. Wyldstyle, as it turns out, is a member of the Master Builders, a group of creative individuals with the ability to construct anything they envision in their minds without the aid of an instruction booklet. With Bad Cop in hot pursuit, Wyldstyle, along with some help from Vitruvius and Batman (Will Arnett), attempts to deliver Emmet to the rest of the Master Builders so that he can tell them how to defeat Business. Unfortunately, once they reach their destination, the Master Builders are horrified to discover that Emmet is completely unremarkable and has never had a creative thought in his life. In short, if Emmet was the Special everyone was waiting for, then Lego World is doomed.