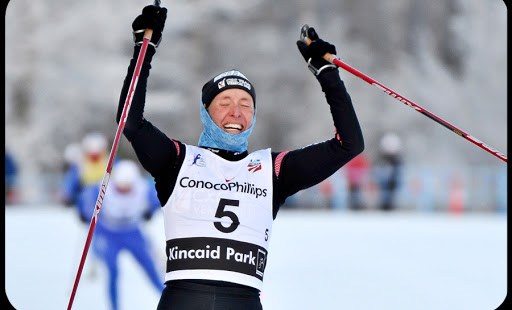 “Be Catholic first and anything that flows from that is a rich bonus.”

Olympic cross-country skier Rebecca Dussault recently spoke to a large crowd of young adults in Denver, exhorting them to put their Catholic faith above everything else in life.

“Be Catholic first and anything that flows from that is a rich bonus,” she said in Feb. 10 talk given at Katie Mullen's Irish Pub in downtown Denver as part of the archdiocese's Theology on Tap program.

Because there are over a billion Catholics in the world, Dussault added, if someone is a “successful Catholic” they will most likely also be a “significant Catholic” which is why it it so important for prominent people in the Church to be good examples.

“We're going to be looking up to you,” she said.

The home-schooling mother of four spoke about her life and experience in the 2006 Winter Olympics in Turin, Italy.

A Colorado native, Dussault grew up skiing in the Rocky Mountains, but felt ostracized by her peers because she was pursuing a physically and spiritually healthy life, shunning the party attitude. Fighting the secular culture, she found herself retiring from racing at the age of 19.

She married and had her first child when she found herself once again competing and winning, restarting her career and passion for competition. She called up her sponsors and they took her back, knowing that it wasn’t just her anymore, but her entire little “domestic church.”

Bl. Pier Giorgio Frassatti, a fellow skier and sports enthusiast who lived in the early 20th century, became her patron saint on the slopes. She even wrote his name on her skis during the Olympics in Turin, his home town.

The young Italian did not make it his full time job to shout his faith from the rooftops, Dussault said. Rather, he simply “lived in the now and he totally poured himself out” in the service of others.

Bl. Pier Giorgio died at the young age of 24 from polio – and the fact that his funeral procession had 10,000 followers is a testament to his “magnetic personality because he had God,” she told CNA.

His example has continued to serve as an inspiration for her work after the Olympics, especially as a mentor with her program, MassStart.org, which aims to helps Catholics lead spiritually and physically healthy lives.

“It's not like I've arrived and I've got this all figured out – I'm an experiment daily and I do waiver between vanity, I waiver between lack of commitment. I'm totally human, but really when I can see a bigger picture than just myself, I can have motivation,” she said.

She encouraged aspiring athletes and coaches to make the Sacraments their first priority, saying that they are “the only thing that keep you, you.”

A new book chronicling Dussault's experience as a Catholic wife, mother and athlete called, Mass Start, is available on her website.