The Usurpation of the U.N. 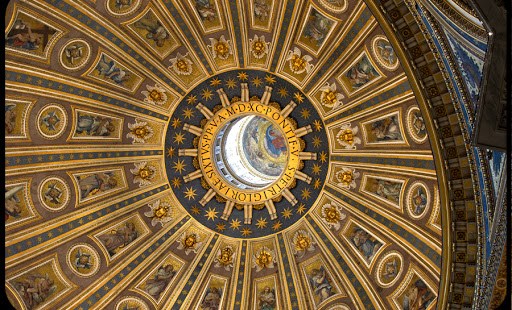 The distracting, self-refuting report of the U.N. on the Church’s sex abuse crisis.

"Whoever causes one of these little ones who believe in me to sin, it would be better for him to have a great millstone hung around his neck and to be drowned in the depths of the sea. Woe to the world because of things that cause sin! Such things must come, but woe to the one through whom they come!" (Matthew 18:6-7)

Skimming the headlines is a terrible way to grasp an issue, but we all do it. If you have skimmed the international section over the past week, you have perhaps seen headlines in the following vein:

And that’s not even getting into Slate’s critique that “when Catholic doctrine comes into conflict with human rights, it is the U.N.’s job to prioritize human rights;” a curious statement, given the particularly important influence the Catholic intellectual tradition had on the writing of the Universal Declaration of Human Rights, as outlined in Harvard professor Mary Ann Glendon’s book, A World Made New.

Now, let me say from the get-go: Child abuse is evil in one of its most base forms. To sexually abuse a child is absolutely wrong in all cases and individuals who do so should refer to the above words of St. Matthew. I have nothing but scorn and disgust—and, yes, prayers—for the souls for those who took advantage of their positions of authority, be it to sexually abuse children and teens, or to cover up for those who committed such crimes.

At the conclusion of the Convention on the Rights of the Child, I am glad to see such luminaries of human rights as Ghana, Saudi Arabia, Egypt, the Russian Federation, Ethiopia, and Malaysia stand up with their fellow committee members to condemn the Vatican on how it has handled the sexual abuse cases. Yet, the problem with rhetoric is that it can often be used to obscure reality as easily as it can be used to shed light on the hidden evils of men. While appearing to do the latter, I am concerned that the U.N. instead does the former.

As the John Jay College of Criminal Justice (the definitive US study on the Catholic sexual abuse crisis) reported in 2004, “The bulk of cases occurred decades ago. The increased frequency of abuse in the 1960s and 1970s was consistent with the patterns of increased deviance of society during that time.” That’s not an excuse, but it does place a reference frame on the story: The molestation, for the most part of young men in their teens and early 20s, occurred primarily between 30-50 years ago.