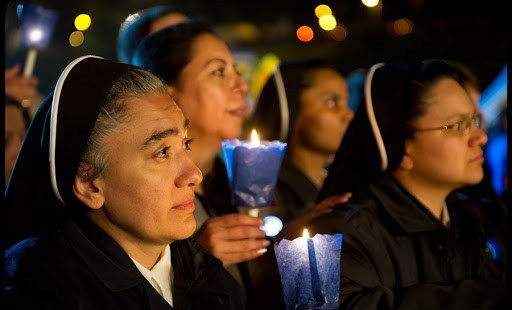 “Reject the media calls to cast this as a power struggle between those in the pew and those at the pulpit.”

A survey indicating mixed views on Church teaching among self-identified Catholics shows the “difficult challenge” facing Christ’s followers, but also offers a reminder of the need for fidelity, one commenter says.

“If you have a hard time understanding or agreeing with the Church on an important moral question, keep your heart open and be a faithful daughter or son,” said Joshua Mercer, political director of CatholicVote.org.

“Reject the media calls to cast this as a power struggle between those in the pew and those at the pulpit,” he told CNA Feb. 13.

Mercer said that Catholics have been “wrestling with these important moral questions for centuries,” and the Catechism of the Catholic Church provides many specific explanations for Church teachings and beliefs.

“The Church spells it out in plain English and backs up the position with solid explanations.”

To Catholics who are confident that the Church is wrong, however, Mercer said “the Church’s core teachings will not change.”

Mercer’s comments come in response to poll results from the U.S. Spanish-language television network Univision. It surveyed 12,038 self-identified Catholics in 12 countries containing more than 60 percent of the world’s Catholics.

The survey asked respondents’ views of Pope Francis and polled whether respondents were in agreement with Church teaching on divorce and remarriage, married priests, the ordination of women as priests, abortion, contraception, civil “gay marriage,” and whether the Catholic Church should perform “gay marriages.”

However, the poll suggests significant division among Catholics about Church teaching.

Uganda was the only country where a majority of respondents agreed with Church teaching on all survey questions. The next most consistently Catholic country was the Democratic Republic of Congo.

“Many people will tell a pollster they are Catholic even if it's been years since they've sat in a pew. It's because Catholicism is deeply and profoundly a cultural (as well as religious) experience,” Mercer said.