The Necessary (and Good) Visibility of Catholic Scandals 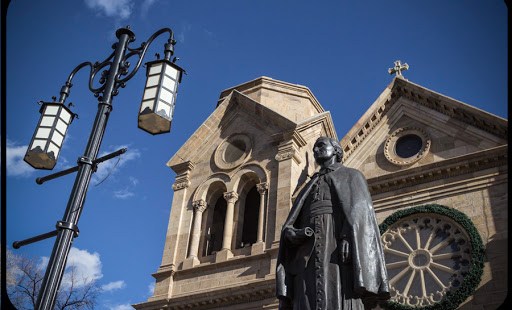 Why there can’t be a Protestant sex abuse scandal like the one of the Catholic Church.

Have you heard anything about the abrupt break between Bob Jones University and sex abuse investigators they hired from GRACE (Godly Response to Abuse in the Christian Environment)?

Or, have you heard anything about the non-investigation of Bill Gothard—an evangelical home-schooling guru with allegations hanging over his head that would make Woody Allen blush?

After a single RNS report a week ago about the Bob Jones debacle the story finally “broke” yesterday in a handful major media outlets. On the other hand, Gothard continues to fly under the radar.

Now you might think that Catholic sex scandals are structurally different from Evangelical scandals because they involve more people than Protestant sex scandals. This is both true and false.

Catholic scandals involve more people because whenever any one person commits a crime a hierarchy gets involved, potentially all the way up to the pope.

Protestant scandals usually involve one pastor who is the ultimate authority for a congregation. Perhaps not too paradoxically, their victims might be much more numerous.

I recently gave a talk about the Catholic imagination. The work I’ve done on the topic grows out of writing my dissertation on the poetry of a Polish Nobelist, the poet Czeslaw Milosz. Part of my argument circles around showing how difficult it is for a mostly post-Protestant audience to wrap their minds around the work of a poet whose work grows out of his Catholic intellectual scaffolding.  (The other part of my argument is concerned with showing how the study of literature is a royal road into understanding theology, but I’ll save that for another day.)

At the most basic level the Catholic imagination is analogical, meaning, it looks for similarities between humanity and God by stressing the immanence of God in creation, and it tends to trust social structures as good if flawed. It’s all or nothing.

On the other hand, the Protestant imagination stresses the difference between God and his creation by putting accent on the transcendence of God. The unmediated relationship between the believer and his or her God results in a tendency to suspect social structures of being destructive of the individual. It’s nothing or all.