Will Pope Francis Be Able to Reform the Church? 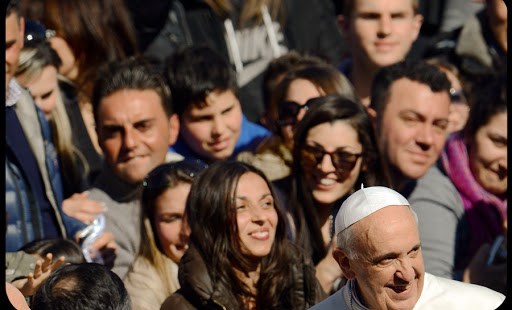 Pope Francis’ job is nearly impossible – without the Holy Spirit.

There are high hopes amongst many, both Catholics and non-Catholics alike, that Pope Francis will be able to reform the Catholic Church. Critics see financial corruption, sexual scandals, power hungry prelates and public relations disasters. They see predatory priests, overblown bureaucracy, an archaic infrastructure, secrecy, greed, self serving manipulation and dishonesty in the Church, and they are looking to Pope Francis for a solution.

How much is a Pope really able to do? In one sense, within his own realm of jurisdiction, a Catholic priest, bishop or the Pope has complete power. The Catholic Church is hierarchical. In the parish, the priest holds the checkbook and has the ultimate say in all parish decisions. Likewise, in a diocese, the bishop is in charge. At the top of the pyramid is the Pope, and he has an enormous amount of absolute power – or at least that is the theory.

The fact is that the power is circumscribed by a complex network of relationships and responsibilities. An example from parish life will illustrate my meaning: let us imagine that the Girl Scouts in a parish have a bank account within the parish structures. They sell cookies and raise money which goes into the bank account.

The way the Catholic Church works, the parish priest has the ultimate say in how that money is spent, but should the parish priest decide unilaterally that he is going to be a co-signatory on the Girl Scouts’ account, and that the money is going to be spent for the building project rather than to fund the annual Girls Scouts’ camp, there will be hell to pay! Even if the building project would benefit the Girl Scouts, and even if it may be a wise decision, it would not be smart from a pastoral point of view.

Let’s complicate the matter further and suppose that the leader of the Girl Scouts is the wife of one of the leading parishioners who donates 20% of the parish funds. Added to this is the gossip going around the town that this fellow, while generous to the parish, is also embezzling funds from the bank where he works. Let us also suppose that there is gossip that his wife is using funds from the Girl Scout account for her own purposes. While buying things for the annual camp, it is rumored that she buys extra supplies for the use of her own family.

Should the pastor attempt to reform the parish and clean things up, he would immediately be embroiled in a complex battle with accusations, allegations, gossip, possible recriminations, and turmoil. Will he be able to sort things out with complete satisfaction? Probably not.

Magnify the poor pastor’s problem a thousand fold and try to imagine the Pope’s situation. It is unfair to imagine that the man at the top – no matter how strong-willed and determined – will be able to effectively reform the Church. Add to the complexities the fact that a pastor is a shepherd rather than a dictator, and the situation becomes more difficult. There is only so much that a pastor can impose on his flock; the work of reform is the responsibility of everyone. Real reform cannot be imposed from above. The flock must be brought forward with encouragement, enthusiasm, and instruction. The pastor must engage their wills and their hearts to join with him in the work of reform.

Worldlings forget that the Church is not a government bureaucracy or a business concern. The usual motivational factors are missing because people are not working primarily for an advance in their career or for more money. The Church is the flock of God, not a multinational corporation. The Bishop of Rome works as our pastor, not as our boss. His real task is not to reform the systems and infrastructure, but to bring the fire of the Holy Spirit into our lives to purify the flock from the inside out.