America Was Not Founded by Ayn Rand 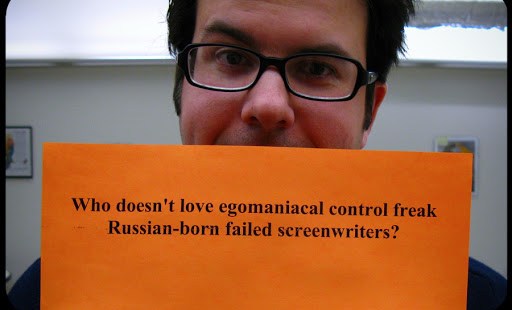 The natural law tradition has been central since our country’s founding and throughout her greatest reform movements.

The men who signed the American Declaration of Independence, and those who later wrote its Constitution, were by no means a mass of skeptical Enlightenment philosophes who dismissed the verdict of history and tradition, along with the Aristotelian tradition of natural law reasoning.  The Deists among the Founders were a small and cautious minority among an overwhelmingly orthodox Protestant body.  Hence if we seek to interpret America’s founding documents according to their original intention, we must see that its concepts of “liberty” and “equality” were meant to be read in a Christian context that took for granted the traditional tenets of natural law.  The meaning we give to “liberty” and “the pursuit of happiness” must be colored by that tradition.  “Liberty” in this sense is the freedom to exercise one’s natural powers as they were intended by the Creator, and as reason tells us human beings ought to use them. (Hence suicide, and drug addiction, and prostitution, are not activities that our liberty grants us the God-given right to practice.)  Likewise, the “happiness” we must be free to pursue is the happiness proper to a human being—which is incompatible with life as a chattel slave, or as a member of a race subject to segregation.

The founders of America’s free government firmly believed in both the dignity of the person and in the existence of a timeless, rationally knowable natural law that reflected the intentions of the Creator—which most of them thought could be known even more reliably through the study of sacred scripture.  Indeed, the Constitution’s famous refusal to establish a single church in the United States was the fruit of a well-founded Protestant concern for liberty of worship—and not of a Deist disdain for outmoded religious dogmas.

The overpowering legitimacy which most Americans for most of our history granted the appeal to religious sources as ways to correctly interpret the rights asserted by the nation’s founding documents can be seen in the extended national argument over slavery.  In the course of this decades-long debate, pamphleteers, scholars, and legislators made repeated appeals to the Bible, both in defense of slavery, and in building up the powerful abolitionist movement, which found its most reliable spokesmen among the ministers of New England.  So critical were churchmen to the political debate over the moral status of slaves that religious denominations, such as the Baptists, split into southern and northern denominations over this question. Classical formulations of natural law, such as Aristotle’s, had made room for slavery—the cornerstone of the social order in classical Greece, which only the radical Sophists would dare to question. But the Christian notion of the person as the image of God, redeemed and elevated to sonship with God through the incarnation of the Son of God in the form of a human person, had rendered slavery an anomaly, a pagan holdover that could be rendered repugnant to Christians through prophetic speech and action. The first great abolitionist movement, which arose in England under the leadership of William Wilberforce, was wholly the product of the Methodist movement in English churches.

As the abolitionist movement grew in strength, its leaders would use the Declaration as its chief rhetorical weapon, pointing out the stark hypocrisy of slave masters who cherished their “liberty.” While they never won a national consensus for outlawing slavery, the abolitionists did successfully render that institution disgraceful to most non-Southerners, such that Americans of other regions opposed its expansion into new, Western states—and were outraged when the Fugitive Slave Act compelled Northern, free states to act as slave catchers. The election of Abraham Lincoln was the expression of this outrage. While he fought first to save the Union, Lincoln saw in the midst of war an opportunity: by tying the fight for Union to the cause of Emancipation, he made of the Civil War a crusade for America’s founding principles—which relied for their legitimacy on the existence of a transcendent moral order (the laws of “Nature’s God”).