Beyond the Papal States 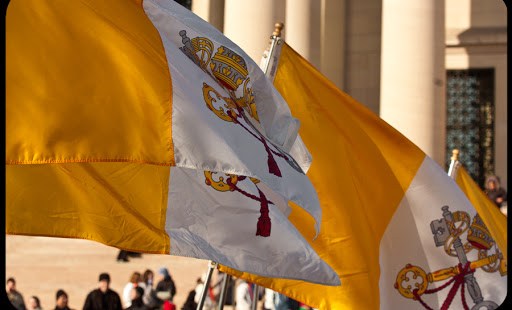 The 1990 U.N. Convention on the Rights of the Child has finally come back to bite the Vatican.

When the Holy See signed the U.N. Convention on the Rights of the Child in 1990, a friend knowledgeable in legal matters said, with considerable vehemence, that the Convention was a snare and a delusion that would eventually come back to bite the Vatican.

The bite came earlier this month, in a deeply tendentious report from the Geneva-based U.N. Committee on the Rights of the Child. The Committee, as might have been expected, flogged the Holy See for alleged inadequacies in responding to the abuse crisis. But it did not stop there. The Committee also demanded that the Church “review its position on abortion” and amend Canon Law “with a view to identifying circumstances under which access to abortion services can be permitted.” And that the Church work to “overcome all barriers and taboos surrounding adolescent sexuality” by, among other things, increasing “access to family planning and contraceptives.” And that the Church concede that its teaching on the morality of homosexual acts leads to “social stigmatization and violence.” And that Canon Law be changed so that the definition of “family” is altered “to recognize the diversity of family settings.” And that the Church take seriously the child’s “right” to sass (i.e., “freely express their views” to) parents and other adults.

And, perhaps with sassing in mind, the Committee urged that both Canon Law and the laws of Vatican City State be changed “to explicitly prohibit” spanking.

That various Vatican offices were slow to respond to the abuse crisis has been conceded by the Holy See: and it has been conceded by being corrected with remedial action, not by the logorrhea that characterizes U.N. agencies deploring various human ills. But it doesn’t take a conspiracy theorist to understand that the Committee’s report has far less to do with protecting young people than with deploring the Catholic sexual ethic, using the abuse scandal as a weapon. One might even describe such behavior by international bureaucrats as shameless. But then this is the U.N., where shamelessness is the coin of the realm, rhetorically and otherwise.

That having been said, and meant, let’s move on to the real issue: Why did the Holy See set itself, and the Catholic Church, up for this kind of rancid attack? Why, to return to 1990, did the Holy See sign the Convention on the Rights of the Child, which at numerous points is out of sync with Catholic understandings of family life, the relationship between parents and children, and the nature of child-rearing?

Here’s my answer: Too many Vatican officials still think of the Church’s interface with world politics as if the Holy See were the Papal States—a class-B European political entity, trying to punch above its weight in international diplomacy. And if you’re thinking within that framework, it becomes important to sign on to this, that, or the other international legal instrument contrived by the U.N. Signing on tells you that you’re a player. Signing on tells you that you’re in the game.

Yet the past four decades have demonstrated that the Holy See’s ability to shape world politics comes, not from playing the game by the conventional rules, but by raising moral arguments and appealing over the heads of politicians to populations who don’t want their representatives in international forums to kowtow to the U.N.’s terminal political correctness. That was the approach that ultimately made a difference at the 1994 U.N. Population Conference in Cairo and the 1995 U.N. Conference on Women in Beijing.

Throughout the world, the Catholic Church has disentangled itself from the Babylonian captivity of legal establishment: the Church no longer seeks the “blessing” of the state, it simply asks (and if necessary, demands) that the state allow the Church to be itself. It is past time to consider a parallel re-set in the Holy See’s relationship to world politics. That re-set might well begin by determining whether there are international legal conventions from which the Holy See should withdraw, because adherence to them is theologically incongruous, imprudent, or both.