Fed Up: How the Federal Reserve is ‘Easing’ Out the Middle Class 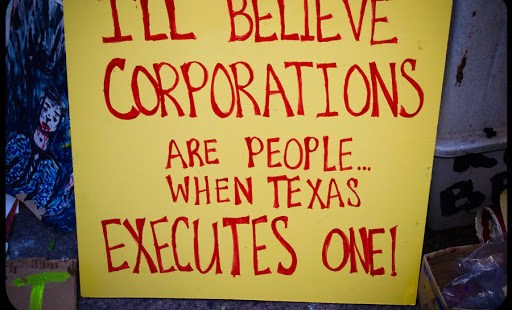 I know what you’re thinking: with far more interesting topics like crime, immigration, Obamacare, and NSA spying, why bring up such boring, eye-glazing stuff as the Federal Reserve? Why not discuss those delicious partisan questions bandied about on what passes for television “news” – questions such as “Is Barack Obama a socialist?” or “Is the Republican Party on the brink of civil war?” Even fiscal policy – taxes, entitlements, discretionary spending, deficits and the debt – is easier to grasp than anything related to that black box known as the “Fed.”

– In 2013, the real disposable income of Americans fell by 2.7 percent, the largest year-over-year drop in forty years.

– And yet, the top ten American billionaires added $101 Billion to their collective portfolios last year. The top one percent of American households now owns 60% of financial assets, and since 2009 they have realized 95% of all income gains.

– In 2013, economic growth was sluggish, at best – a meager 1.9 percent. The unemployment rate fell, but that statistical mirage masked the fact that a record number of Americans simply left the labor force altogether.

What do these seemingly disparate items have in common? They were all made worse (or better, depending on your perspective) by something called quantitative easing – QE, for short – a Federal Reserve program that Stanley Druckenmiller, former chairman of the hedge fund Duquesne Capital, recently called it “the biggest redistribution of wealth from the middle class and the poor to the rich ever.” Fact is, QE may be simultaneously the most important and the least understood story of the past five years. What isn’t ambiguous is the impact QE has had on income and asset inequality in the United States.

The Federal Reserve System was established in 1913 after decades of economic boom and bust. Its purpose is to provide a kind of stable backbone for the economy, modulating the natural excesses of a free market system. It accomplishes this by controlling the money supply, which is critical for stable pricing and moderate interest rates, and by coordinating the activities of the banking sector, including working closely with the US Treasury Department and the central banks of other nations. The President appoints the Fed’s governors and chairman, but the Fed is not a part of the Executive Branch. Instead, the Fed acts as an independent institution under broad congressional oversight, including the banking committees of the Senate and the House, as well as the Government Accountability Office (GAO), the audit and investigative arm of the Congress.