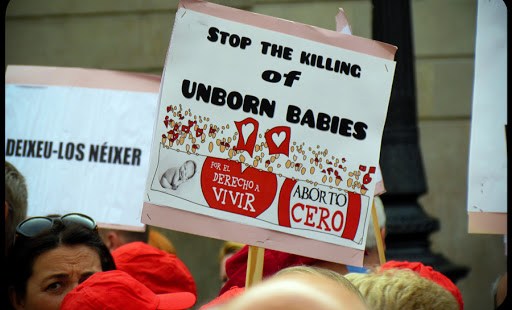 A new bill in Spain to re-establish limits on abortion and assert the state's right to protect unborn children is a step forward in the larger pro-life movement growing across the continent, a European legal expert says.

“One of the goals of the Spanish bill was to create debate” said Grégor Puppinck, director of the European Centre for Law and Justice.

The Spanish bill seeks to address what many have seen as an overreach by a 2010 law passed by the Socialists. The 2010 law allowed for abortion up to 22 weeks of pregnancy if there was a “serious risk to the life or health of the mother or the fetus.” However, critics have argued that the law was unregulated, in practice creating a situation where abortion-on-demand was allowed for any reason during this time.

The proposed bill would tighten these regulations. It would continue to allow for abortion at different stages throughout pregnancy, but only for certain reasons, including rape, terminal deformity and the physical or mental well-being of the mother, confirmed by medical professionals. The bill also reinforces a state interest in protecting unborn life, as well as doctors’ conscience rights to refuse to participate in an abortion.

Spanish Justice Minister Alberto Ruiz Gallardon has been quoted by European media outlets as saying “No right is unlimited,” and that rather than viewing abortion as a “fundamental right,” it should be seen as something to be balanced with the protection of women and unborn children

A Socialist proposal to withdraw the bill was defeated Feb. 11, as the majority of the nation’s parliament voted to allow the measure to move forward. It will now be debated in Congress.

Puppinck said that the proposed law balances the rights of the child with a mother's concerns, attempting to “reconsider the matter and issue with a more realistic approach, taking into account both the situation of the mother and the existence of the unborn child.”

This new approach, he said, “is not hostile to abortion but does not believe anymore that abortion is a great freedom.”

He added that the bill’s “concern also for the woman” can be seen in the parental notification sections, which are intended to protect young women's interests, as well as the requirement that mothers receive medical consultation before an abortion.

While there has been a “very small” pushback against the bill, “the youth is on the pro-life side with no doubt at all,” Puppinck said, pointing to a Madrid pro-life march drawing more than 1 million participants.

In addition, he stressed that while many Christians are “concerned by the problem of abortion,” the European pro-life movement “is broader than the Christians,” encompassing a range of religious views. Those in favor of restricting abortion, he said, are motivated by “care for others” and “increasing scientific knowledge about life.”

Puppinck also said that the Spanish bill can be seen as part of a larger movement against abortion in Europe. He explained that “the change came first from former communist countries,” such as Poland, Lithuania, the Ukraine and Russia, which have rejected permissive abortion laws imposed by the former Soviet Union on member states.

Gradually, he said, other countries, such as the United Kingdom and Norway, have restricted late term abortions after 22 weeks, in part due to scandals where babies who had survived abortions were “left to die.”

In addition, a European citizens’ initiative reached more than 1.5 million signatures last fall in support of banning funding for human embryo-destroying policies, requiring the European Commission to submit the proposal to the E.U. Parliament.

According to Puppinck, the proposed Spanish bill is another indicator of shifting views across the continent.

“What is important with Spain is that it’s a very Western country, and it goes much further than just limiting late abortions,” he explained.

The strong protections that the law would enact have created “a big discussion in Spain about whether or not the state can limit abortion,” as well as conversations about the state's responsibility to women and children, he said.

Despite abortion expansions in some parts of Western Europe in recent years, Puppinck said that legislation such as the Spanish bill shows that the view of abortion as a “sacred human right” is “no longer the only position” in modern Western societies.