Court Urged to Not Impose Marriage Redefinition in Italy 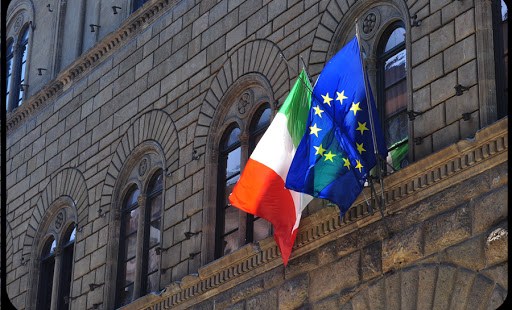 The legal group Alliance Defending Freedom is asking the European Court of Human Rights not to impose a redefinition of marriage on Italy, which recognizes the unique roles of mothers and fathers for children.

“The people of Italy recognize that men and women bring distinct, irreplaceable gifts to family life, especially for children who deserve both a mom and a dad,” Roger Kiska, senior legal counsel with Alliance Defending Freedom, said Feb. 17.

He said that the European Convention of Human Rights obliges the Strasbourg, France-based court to allow Italy to “define marriage in a manner consistent with this truth.”

According to Kiska, the lawsuit Orlandi v. Italy is “asking the court to step outside of its bounds and impose a redefinition of marriage upon a Council of Europe member state that has exclusive authority over marriage within its own borders.”

The lawsuit followed the Italian government’s denial of a marriage license to a same-sex couple. The couple filed suit with the European human rights court after all of Italy’s courts upheld the law.

Last week, the European Court of Human Rights’ Second Section agreed to allow Alliance Defending Freedom to intervene in the lawsuit as a third party.

The legal group’s brief in defense of Italy’s marriage law considers the European court’s previous positions on the issue and how marriage is treated in other nations’ laws.

The brief responds to claims of an “emerging consensus” recognizing same-sex relationships by noting “an equally strong counter-trend towards recognizing marriage as exclusively between one man and one woman.”

Hungary has recognized traditional marriage in its constitution, two-thirds of Croatian voters opted to recognize marriage in a December 2013 national referendum, and Slovenian voters defeated a proposed 2012 family law revision that would have redefined marriage, the brief notes.

It also cites sociological studies showing that children who do not grow up with both biological parents are “worse-off,” while same-sex couples are more likely to separate than heterosexual couples.

In addition, the legal brief discusses the harms that could result if marriage is redefined under the European Convention on Human Rights, including “serious social and legal consequences for freedom of expression and freedom of religion.”

The document points to examples of those perceived to be enemies of equality being “disenfranchised and often vilified” in law and culture.

Even in countries that have not created same-sex union rights, opposition to solemnizing such relationships can lead to “fines, imprisonment or loss of one’s employment,” the Alliance Defending Freedom brief observes, noting that street preachers who criticized homosexual behavior have been arrested and convicted, while business owners who refuse to condone same-sex relationships have been sued and forced to close. Supporters of traditional marriage have also been denied government facilities because of their views.

In the United States, where Alliance Defending Freedom is based, fines have been levied against a New Mexico wedding photographer who declined to photograph a same-sex commitment ceremony, and lawsuits have been filed against bakeries, camping associations, bed-and-breakfast facilities and a church that declined to participate in same-sex ceremonies.

“No intergovernmental court has ever recognized same-sex ‘marriage’ as a right,” the brief points out. “It therefore stands that this Court should continue to follow its previous holdings that the Convention does not confer a right to same-sex ‘marriage’.”

The European Court of Human Rights has “found it appropriate” to cede authority “exclusively” to its member states over “sensitive moral and cultural questions” such as the definition of marriage, the brief adds. “The Court has held that it could not impose a single moral code over Europe regarding issues of ethical controversy where the opinions among Member States are so diverse.”