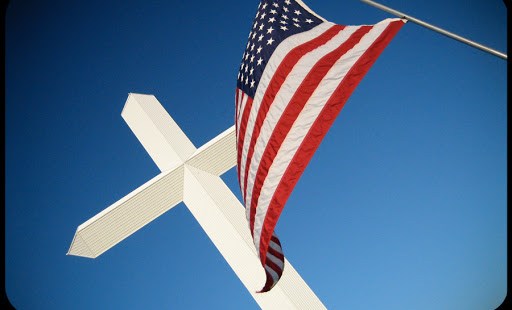 An intriguing debate has been forming about the relationship of the Church to the American project.

In Patrick Deneen’s recent article “A Catholic Showdown Worth Watching,” he wrote approvingly of a “radical Catholicism” that “is deeply critical of contemporary arrangements of market capitalism,” and “tends to view America as a deeply flawed project.”  Against those who believe that “America was well-founded,” Deneen pits the “radical Catholic” school of thought to which he himself adheres. For Deneen and other radical Catholics, “America was never well-founded, so either needs to be differently re-founded or at least endured, even survived.”  In his scholarly writings, which have been published at outlets such as First Things magazine, Deneen does his best to show that the leftist, sexually libertine interpretation of the American Constitution is correct—in essence, that cases such as Roe v. Wade and Casey v. Planned Parenthood were rightly decided—because the entire American project is founded on a radical libertarianism which we must reject in favor of… something he never bothers to specify.

The most prominent reaction to Deneen’s piece was written by Catholic scholar Peter Lawler, who said that Deneen is “repulsively lacking in gratitude” toward an America which has treated Catholics so well. I would say that what’s most alarming about Deneen’s camp is its sudden unity and the timing of its arrival on the scene of American Catholicism. At a moment when the Church’s freedom is acutely under threat, when Catholic institutions only retain what fragile protection they have through legal appeals to American ideals of liberty, Deneen and his compatriots have thought it prudent to highlight every objection they can think of to those ideals.  It is fair to ask: What on earth do they hope to achieve

Perhaps these “illiberal Catholics” are simply bitter at how little influence social conservatives have managed to wield over the broader conservative movement—and so they have decided to flounce out of it in a huff.  Some of the allies whom Deneen cites certainly give this impression. For instance, John Medaille, who proudly announced in 2008 that, “[t]o the chagrin of many of my conservative, Catholic friends, I am voting—have already voted—for Barack Obama.”

Another source whom Deneen quotes approvingly is Thomas Storck, who in the critical 2004 election, when the voting numbers at the Supreme Court hung in the balance, wrote an article at the New Oxford Review urging Catholics not to vote—even suggesting that after all, “the economic policies of the Democratic Party, by and large,” have historically “comported better with Catholic teaching than … those of the Republicans.”

Do the illiberal Catholics really expect that their rejections of the American founding and the market economy will help rally their non-Catholic fellow citizens to the defense of the Church’s freedom?  That recondite explanations of the flaws in John Locke’s reasoning will lead to a mass rejection of radical individualism—and the rise of a truly Christian political order?  Or are they simply engaged in a kind of tantrum?  By dismissing all the good that America and modernity inherited from the Church, are they really trying to help the Church’s chances to keep her freedom and save people’s souls?  This is not how well-formed Catholics acted in England, even under Queen Elizabeth I, and it’s not how our American ancestors behaved when Protestant mobs burned churches.

Christ never called us to act like sullen radical Muslims living in America under protest.