The $19 Billion WhatsApp Acquisition Stunner: The Reaction on Twitter 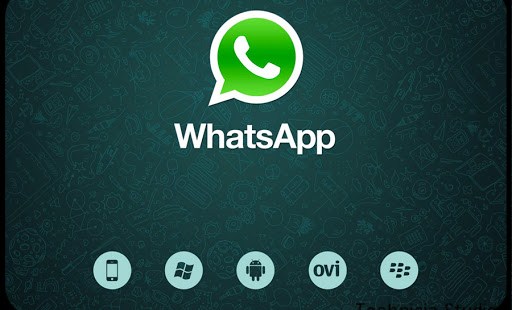 Wait until you read about the incredible story of the founders.

If you haven’t already heard, here’s a shocker for the day: Facebook is buying the messaging app WhatsApp for $19 billion. Yes, billion.

Haven’t even heard of it? That’s okay: although it has 450 million users, it’s mostly popular overseas. The app, which is free for the first year and then $1 a year after that, allows users to send text messages, pictures, videos, and make calls. If you’re thinking that smartphones can already do that, remember that all of those features normally require fees from cell phone carriers, particularly if you are communicating internationally. WhatsApp, and an array of other apps like it, uses the Internet and avoids the carriers, saving users lots of money.

WhatsApp’s $19 billion price tag is the most Facebook (or Google, Microsoft, and Apple) has ever paid for an acquisition, it’s 19 times more than Facebook paid for Instagram (remember how shocking that was?), and about 5 times what it offered for SnapChat.

Twitter has been ablaze with reactions. Here are some of the most interesting:

Here is an amazing chart showing why #facebook spent so much on #whatsapp http://t.co/wMy3THv6p8 pic.twitter.com/EiLFktVThU

— Hunter Walk (@hunterwalk) February 20, 2014
WhatsApp is another reminder from Silicon Valley that immigration is what makes America America http://t.co/CDKoKOI0Jz

But two of the most interesting tweets have to do with the pasts of the co-founders, Jan Koum and Brian Acton.
Whatsapp’s Jan Koum signs Facebook deal in front of Bay Area social services office where he used to get food stamps pic.twitter.com/RnBbWU8yaX

— Ryan Mac (@RMac18) February 20, 2014
Facebook turned me down. It was a great opportunity to connect with some fantastic people. Looking forward to life’s next adventure.

In the first one, Jan Koum is signing the deal with Facebook at a “social services office where he used to get food stamps.” In the second, the key thing to notice is that the tweet is from 2009, the same year that Acton co-founded WhatsApp with Koum. Apparently Acton had applied for a job at Facebook and was turned down and was wondering where his life would go next.

Now there are some life lessons for ya.